Idrakpur fort is located in the heart of Munshiganj city. During the reign of Mughal Emperor Aurangzeb, the fort was named Idrakpur Fort in this area of ​​Bikrampur in 1660 AD by Mir Jumla, a general and subedar of Bengal. At that time the fort was built to protect the area from the attacks of the Mughal pirates and the Portuguese. It is said that there was a connection between this fort and the tunnel of Lalbagh fort in Dhaka. There are numerous holes in the walls of the fort for shooting at enemies. Surrounded by walls, this fort has a round wall in each of the four corners. The fort was declared antiquity in 1909. This round fort surrounded by a very high wall is known as the SDO Kuthi in the area. 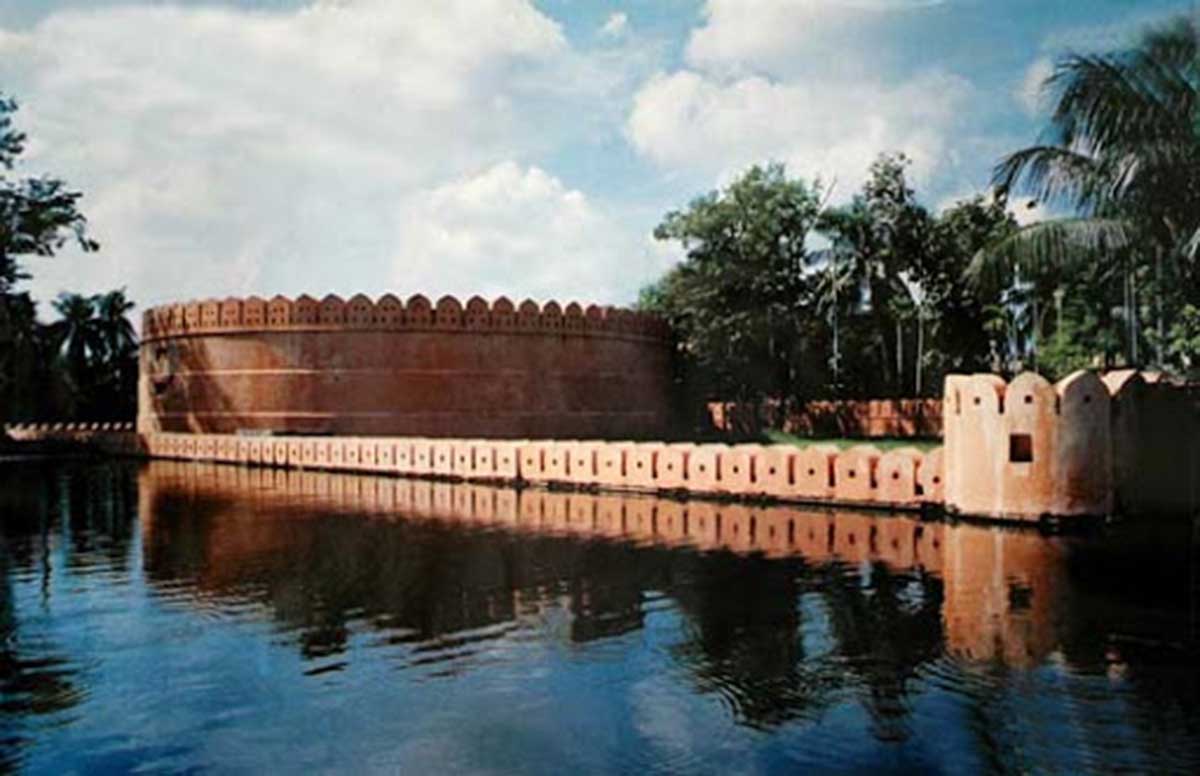 Idrakpur Fort is adjacent to the old court office near Munshiganj Sadar. Muktarpur can be reached from Dhaka Gulistan by “Dhaka Transport” or “Dighirpar Transport”. From Muktarpur you can go to Idrakpur fort by auto-rickshaw at 10 BDT (per person) or by rickshaw at 20-25 BDT.

You can come back to Dhaka watching Idrakpur Fort within the day time. So, you have no need to stay the night there. But if you want to visit some other sights of Munshiganj, you can stay the night at Munshiganj Sadar. You will get numerous hotels where Bangladeshi foods are served cordially. Surely you will enjoy the day.

Munshiganj district is rich in history, heritage, and many famous scholars. Munshiganj is rich in all branches of music, drama, dance, literature, recitation, and culture. The Mughals, illuminated by the Bar Bhuiyans, are part of Bikrampur, the capital of an independent state of Bengal. The people of Munshiganj have made an unforgettable contribution to our great liberation war. This district is playing a very important role in keeping the national economy of Bangladesh dynamic. 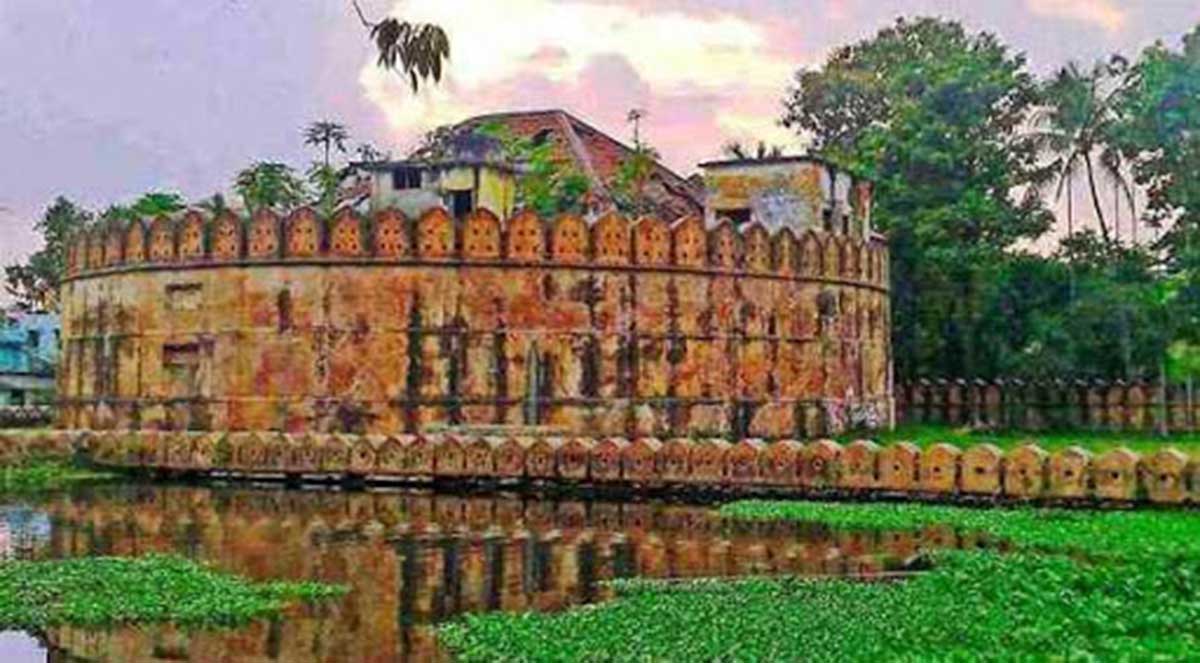 If you love the village areas, you can also visit some other attractive places at Munshiganj. Let’s check the places.

Idrakpur fort is one of the many architectural beauties that witnessed the Munshiganj-Bikrampur period. During the Mughal rule, the famous Barobhuiyans ruled the country independently in different parts of Bengal. Among the Bara Bhuiyans were Chand Roy and Kedar Roy of Bikrampur. The Mughal faujdar built a fort at Idrakpur in Munshiganj to subdue the Chand Roy-Kedar Roy. Chand Roy at the confluence of Dhaleshwari and Ichhamati in 1611 AD. Dakchera and Jatrapur forts were lost and defeated. As a result, the whole of Bikrampur came under the rule of Mughals. In order to keep the Mughals in the hands of Vishal Bikrampur and to protect the capital of Sube-Bengal from the hands of foreign troops, Mughal Subedar Mir Zulma in 1660 AD at a place called Idrakpur in Munshiganj. Built a fort or fortress. Although the fort was smaller than Lalbagh, it was much more important. In 1660, the Idrakpur area was the confluence of the Ichhamati-Dhaleshwari, Brahmaputra-Meghna, and Shitalakshya. Due to the change in the speed of Meghna-Brahmaputra, Ichhamati, and Dhaleshwari, the center of Munshiganj town is now located in Kortgaon area on the west side of Makhati-Kachari road.

The main fort is in the middle of the fort, surrounded by a wall, in the drum. The walls of the fort are like water lilies. Each petal has holes. Bronze was used through the holes. There is a huge entrance on the north side of the fort. You can climb the stairs to the top of the main fort. 20 feet above the mainland. The current height of the walls is about 4/5 feet. The walls of the wall are 2-3 feet full. There is a secret passage on the north side of the entrance to the fort. It is said that one could go to Lalbagh fort through this secret path. Its authenticity was not found. However, they could have escaped by secret route, not to Lalbagh fort, but somewhere else. The fort, 210 feet long and 240 feet in size, is still standing intact. Construction of the Idrakpur fort probably began in 1658 and was completed in 1660. 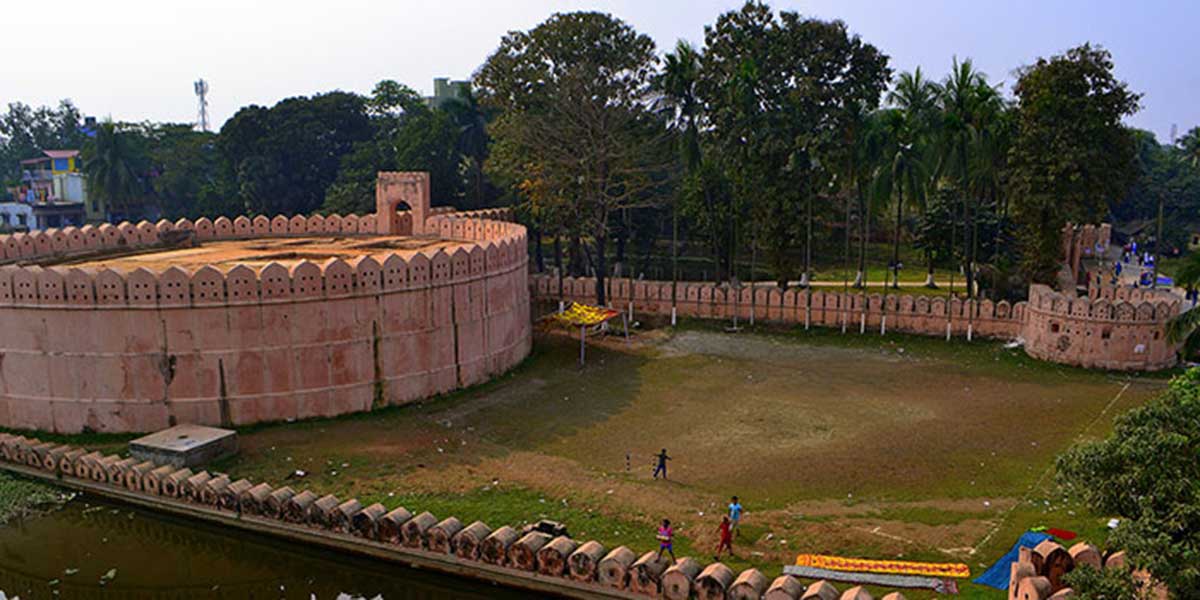 The fort is divided into two parts – west and east. There are a 5 feet high wall along the middle of the drum. On the north side of the wall are three cannon platforms. There are supposed to be three on the south side but there are two. The main entrance to the fort is on the north side. From this fort, a battle was fought against Mangat Roy at Abdullapur. Mir Jumla’s general Sadali Khan and the Mughal king Mangat Roy both died. Many believe that Mangat Roy was the general of Shah Suja.

An army chief named Abul Hossain was stationed at Idrakpur fort all the time. Abul Hossain was the chief of the navy. Under his control 200 ships were ready on the banks of Padma, Meghna, Dhaleshwari, and Ichhamati. The ships under the control of Idrakpur fort were Kosha, Jalba, Gurab, Parinda, Bajra, Tahela, Salab, Alil, Khatgiri and Malgiri. Sadli Khan was the chief of all the infantry forces under the control of Idrakpur fort. At one time there was a sub-divisional administration building (1845-1974) at Idrakpur fort. Later it came under the Archeology Department of the Ministry of Culture. 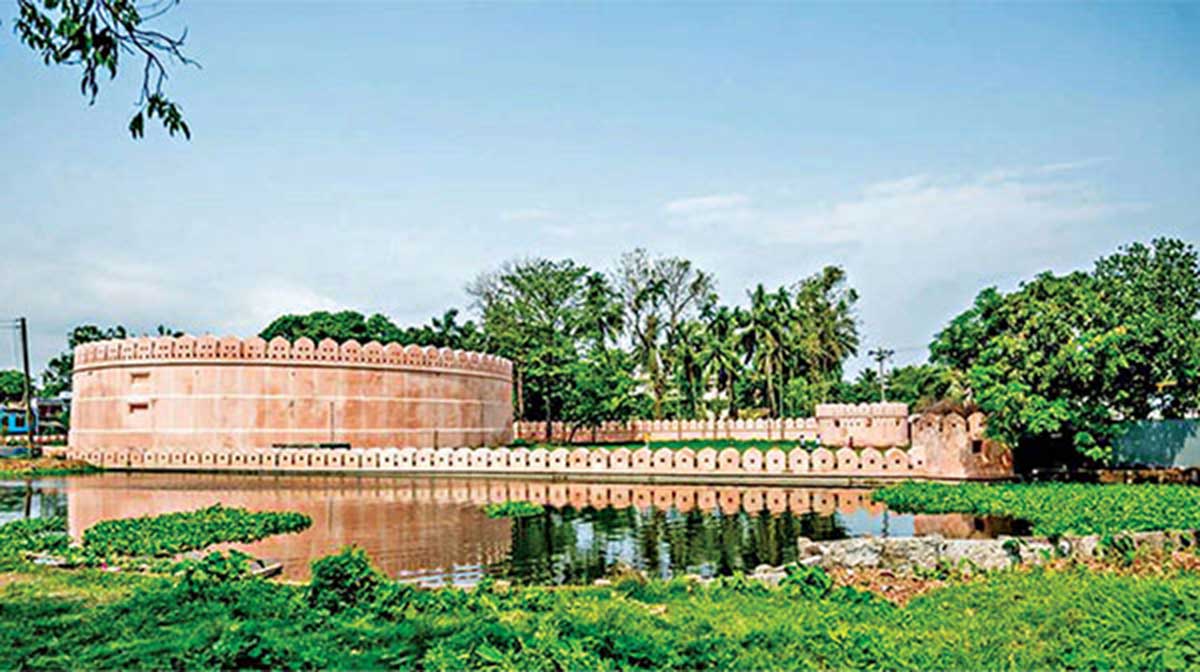 Idrakpur fort is located in the heart of Munshiganj city. The fort, called Idrakpur Fort, was built in 1660 BCE by Mir Jumla, a general and subedar of Bengal, during the reign of Mughal Emperor Aurangzeb. The fort was built to protect the area from Mughal pirates and Portuguese attacks. It is said that there was a connection between this fort and the tunnel of Lalbagh fort in Dhaka. Surrounded by many high walls, this round fort is known as the SDO Kuthi in the area.

So, if you want to visit this architectural beauty from the ancient times of Bengal, you can do it to go to the close of nature. If needs any support or information or family tour management guide, you can contact with Travel Mate Bangladesh team. Thanks in advance. 🙂

Previous postHow To Get e-Passport Easily – A to Z Guide
Next postKuakata: Places To Visit Things To Do (Complete Travel Guideline)