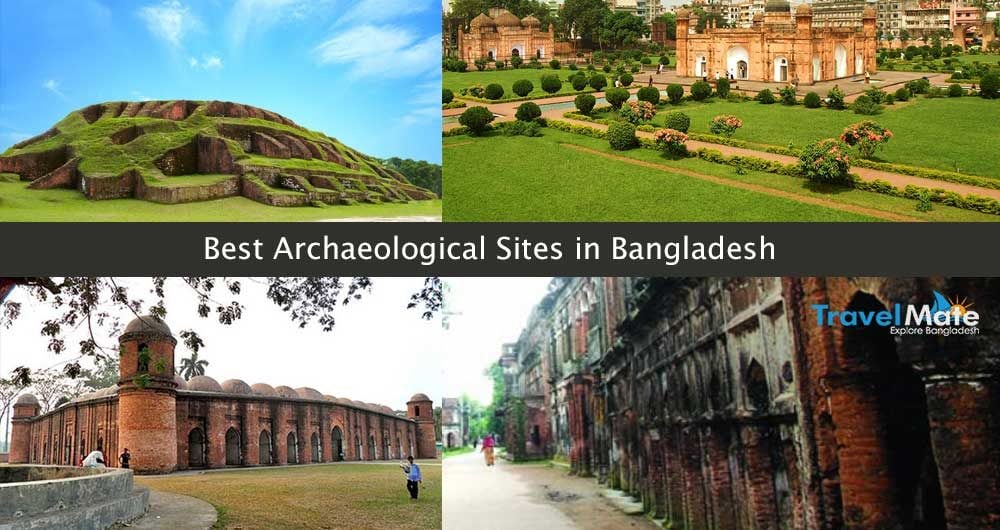 To be sure, the origin of Archeology from the Greek words ‘Archaia’ and ‘Logos’. It means antiquities and knowledge or science. In general, archeology is the ‘knowledge of antiquities’.

Let’s know about some of the most famous archeological sites in Bangladesh.

Hajiganj Fort is located on the west bank of the Sitalakshya in the Hajiganj area of ​​Narayanganj city. It takes about an hour to reach the Hajiganj fort from Dhaka. Hajiganj fort is also known as Khizirpur Fort. The fort is built at the confluence of the old Buriganga with the cool shield. The fort was constructed by Mughal Subedar Islam Khan to prevent the invasion of the Mugs and Portuguese pirates along the river immediately after the establishment of the Mughal capital in Dhaka. Hajiganj fort is a 500-year-old historical place on the banks of the Shitalakshya river. 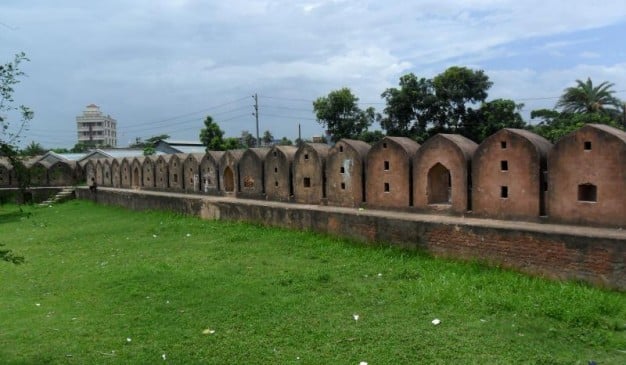 During the rule of Suryakanta Acharya Chowdhury, the golden dimension was added to the town near the Brahmaputra. He did a lot of philanthropic work in the broader context of managing the land for about five years. Established multiple aesthetic installations in Mymensingh. At the end of the nineteenth century, Suryakanta erected an extraordinary two-storeyed building on 8 acres of land in the city center of Mymensingh. The building was named after Shashikanta Acharya Chowdhury, the adopted son of the infant Suryakanta. 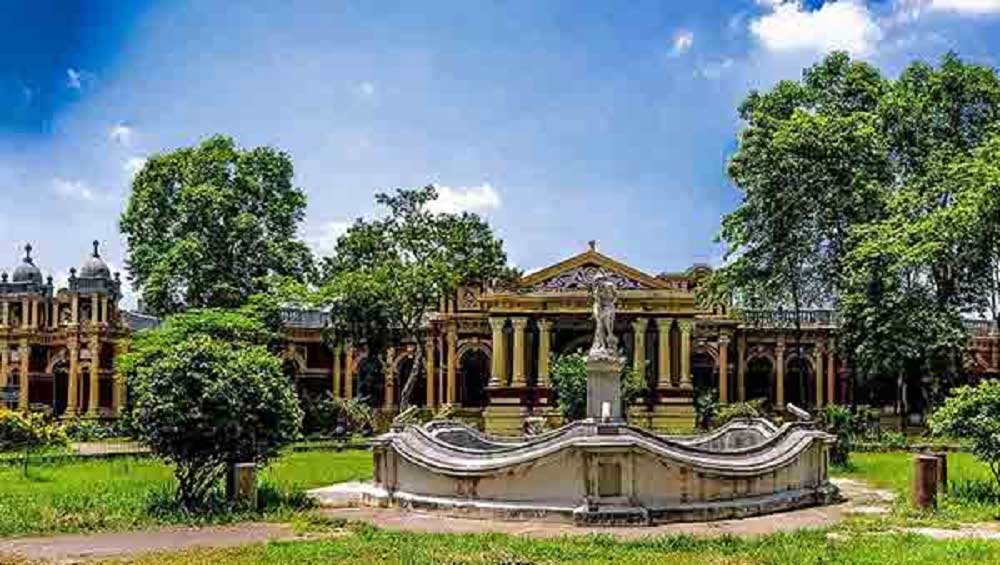 Bagha Mosque is a historic mosque located in Bagha Upazila, about 41 km southeast of Rajshahi district headquarters. Sultan Nasiruddin Nusrat Shah founded the mosque in 1523. The mosque was built by Sultan Nusrat Shah, the son of Alauddin Shah, the founder of the Hussein Shahi dynasty, in 1523-24. Later, the mosque was renovated at different times and when the domes of the mosque were demolished, the ruined mosque was given a new roof. The mosque is located on 256 bighas of land. 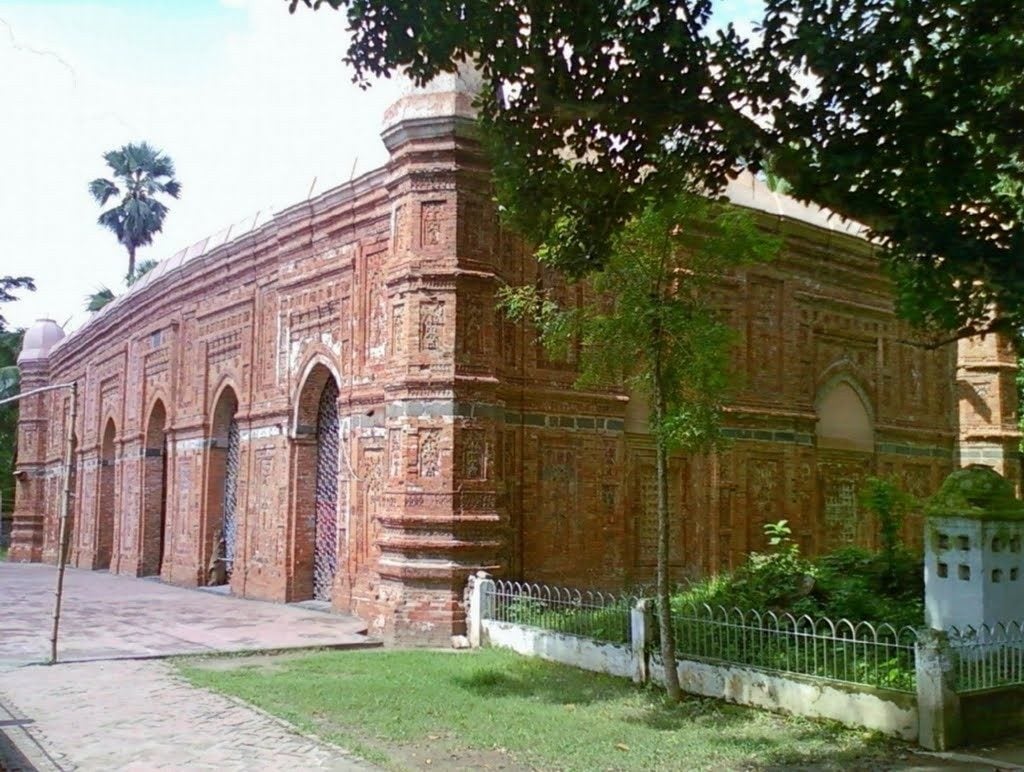 Paharpur Buddhist Vihar or Sompur Vihar or Sompur Mahabihar is an ancient Buddhist monastery that is currently destroyed. Sri Dharmapaldev, the second king of the Pala dynasty, built this monastery in the late eighth century or the ninth century. In 1879 Sir Cunningham discovered this great place. UNESCO gave it the status of a World Heritage Site in 1985. Paharpur can be called the largest Buddhist monastery in the world. This may be compared to the Nalanda Mahabhihar in India. 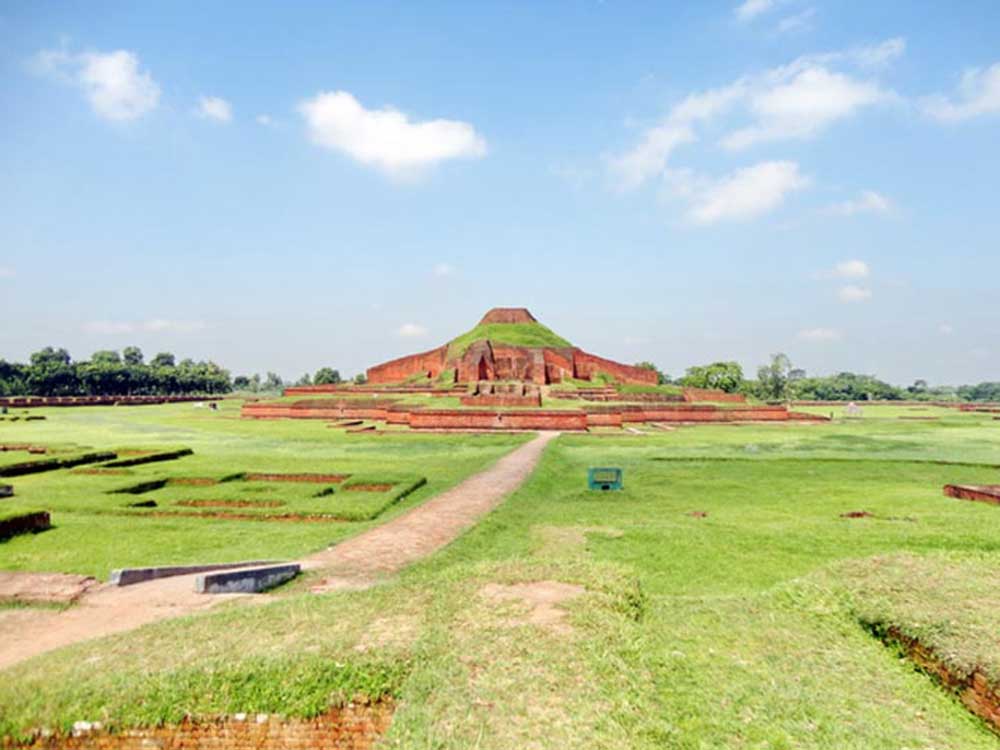 Mahasthangarh is one of the oldest antiquities in Bangladesh. Famous in the city’s history, it was also known as Pundravardhana or Pundranagar. Mahasthangarh was once the capital of Bengal. Archaeological evidence shows that a civilized town was established here some 2,500 years before the birth of Jesus Christ. It was declared the cultural capital of SAARC in 2016. Within this walled city, there are archeological traces of various periods. For centuries, this place was the provincial capital of the mighty Maurya, Gupta, Pala and Sena rulers and later the capital of the Hindu feudal kings. 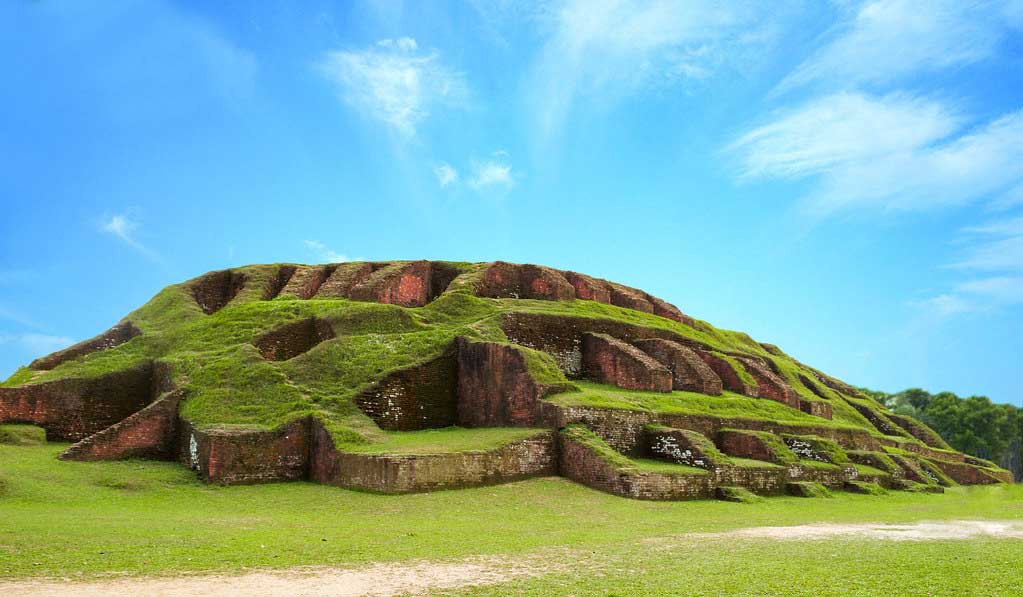 Tajhat zamindarbari of Rangpur is one of the oldest palaces in Bangladesh. Although many of our achievements were lost in the course of time, Tajhat Zamindarbari still survives. It’s located at a short distance from the city. It takes about half an hour to reach here by the rickshaw. Tajhat zamindarbari in Rangpur city is one of the most memorable of Bangladesh’s history and heritage. Manna Lal Roy, the founder of the Tajhat Zamindar Bari. He came from Punjab and started living in Mahiganj, Rangpur. At that time, Mahiganj was a district town in Rangpur. It is said that the area was named Tajhat because of the attractive crown of gold and pearls. 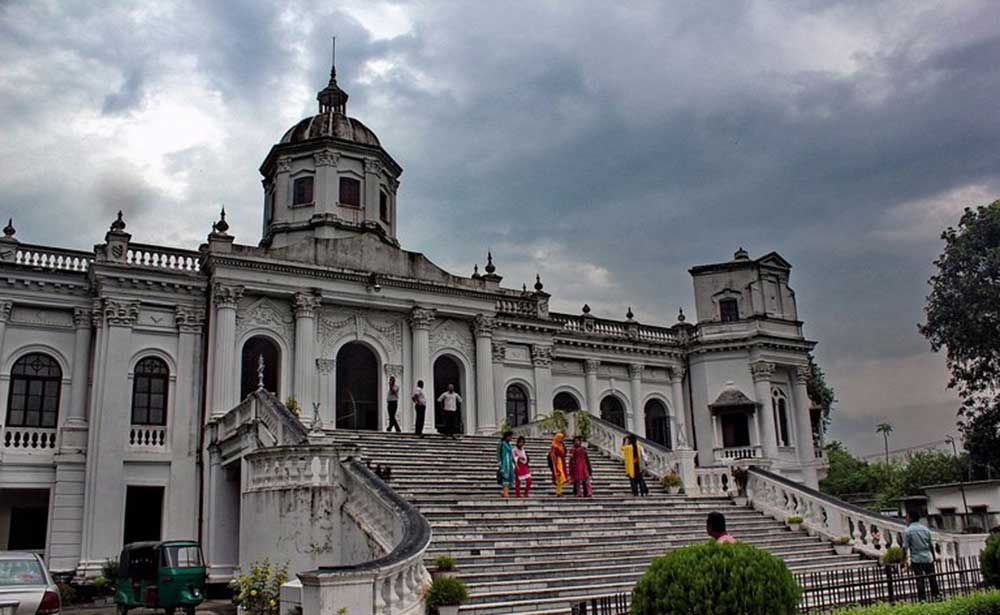 Kantajiu Temple in Dinajpur, built on following the Indo-Persian sculpture, is the most beautiful temple in the country. Most of the architects were brought from Persia, not only for their construction but also for excellence. This temple is dedicated to Sri Krishna. 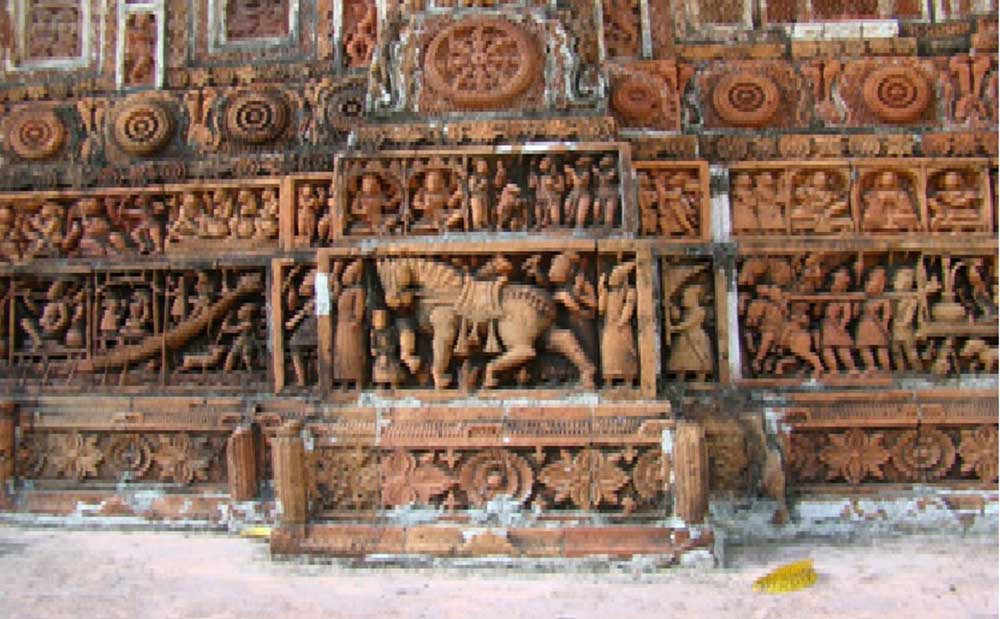 The Sixty Dome Mosque is an ancient mosque located in the southwest of the Bagerhat district of Bangladesh. There is no inscription on the mosque. So no exact information is available about who built it or when it was built. However, looking at the architecture of the mosque, there is no doubt that it was built by Pir Khan-i-Jahan. He is believed to have built it in the 5th century. The mosque was built for many years and cost a lot of money. It is one of the three world heritage sites in Bangladesh. 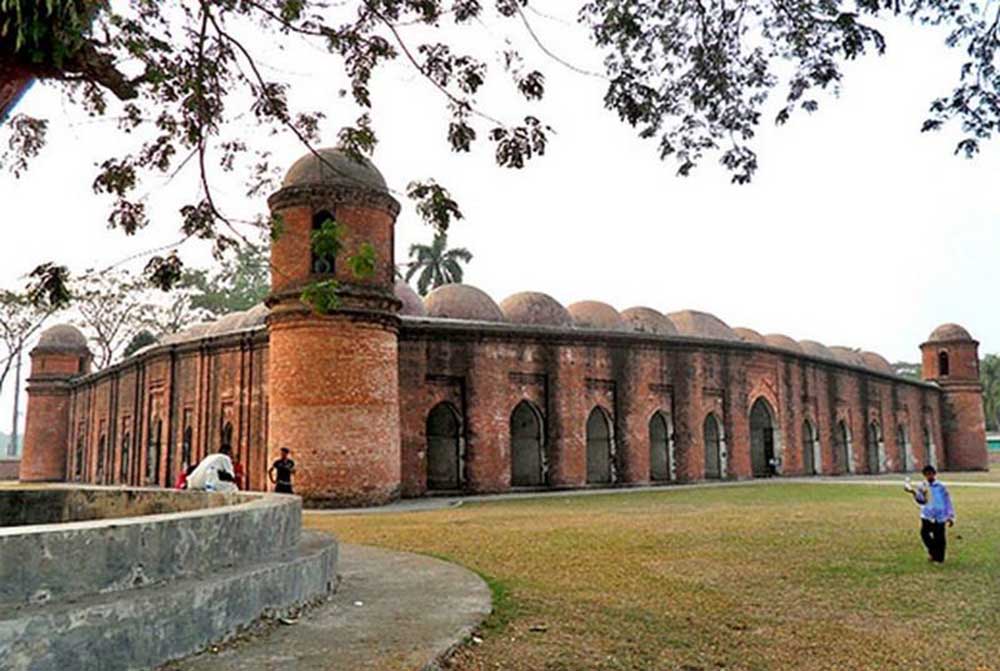 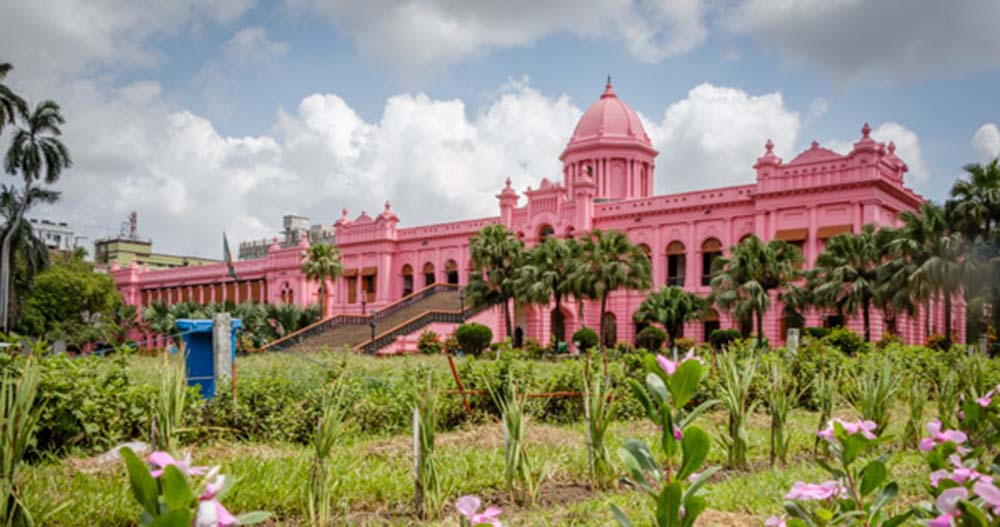 Other Archaeological Sites in Bangladesh: 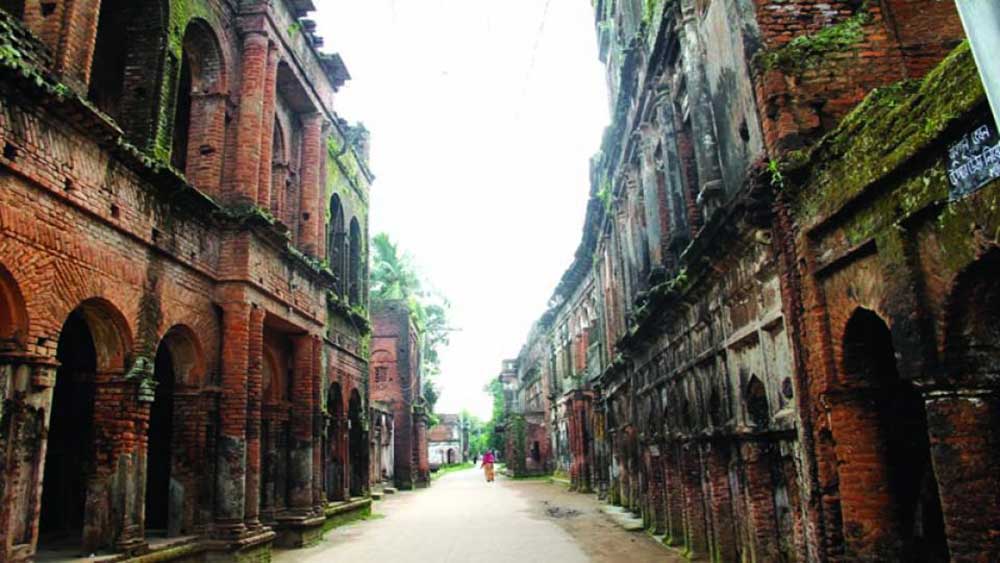 Want To Travel Archaeological Sites in Bangladesh With Your Family Or Friends?

Different archaeological sites are the perfect place for a group or family tour. The beauty of these places will give you awesome feelings. At the same time, you can come back with a fresh mind by visiting here. Hopefully, you can go to the places within a tight budget. If you want to travel archaeological sites with safety and want to enjoy the place with more joy, Travel Mate– A leading Travel Agency From Bangladesh can help you with arranging the tour. Contact us for further details. Above all, you may add any missing information about things to do or places to visit in archaeological sites in Bangladesh from the comment section. Happy Traveling. ♥