201 Dome Mosque — Most Domes Mosque In The World

201 Dome Mosque — Most Domes Mosque In The World 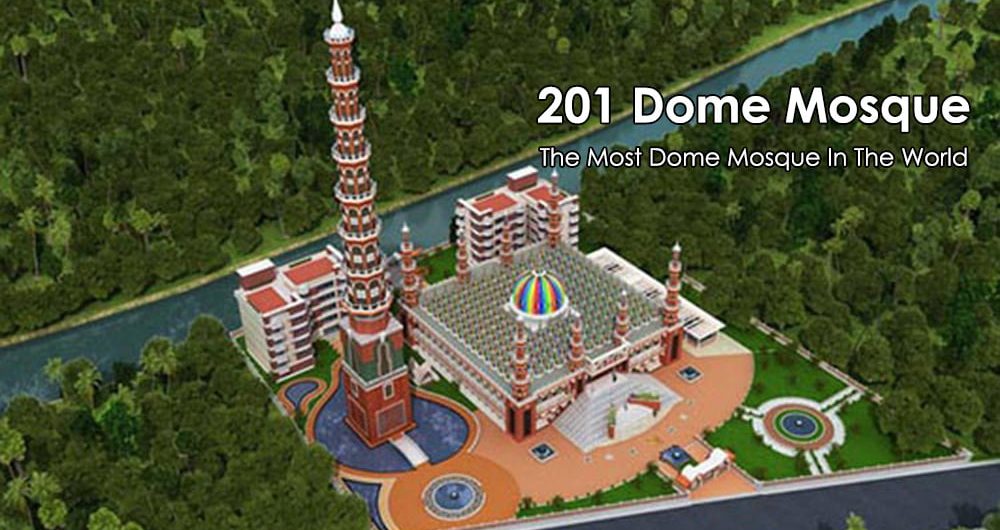 201 Dome Mosque (201 Gombuj Masjid – ২০১ গম্বুজ মসজিদ) is a mosque located in Gopalpur Upazila of Tangail (South Pathalia, Jhawail Chatutia Rd, 1991). The builders claim that this is the mosque with the most domes in the world and the second tallest minaret mosque. It has used total 9 minarets. Another UNESCO heritage mosque in Bangladesh is Sixty Dome Mosque. The minarets of the 201 Dome Mosque are 451 feet high. The primary dome is 81 feet (25 m) (main dome); 17 feet (5.2 m) (other domes). The world’s tallest brick minaret mosque with a height of 56 storeys on 15 bighas of land has been built at the initiative of freedom fighter Rafiqul Islam Welfare Trust.

The mosque is located on the banks of the Jhenai River, seven kilometers west of the Gopalpur Upazila Sadar in Tangail. The construction work of the mosque started on January 13, 2013. The foundation stone was laid by Rizia Khatun, mother of Rafiqul Islam, the founding chairman of the freedom fighter Rafiqul Islam Welfare Trust. 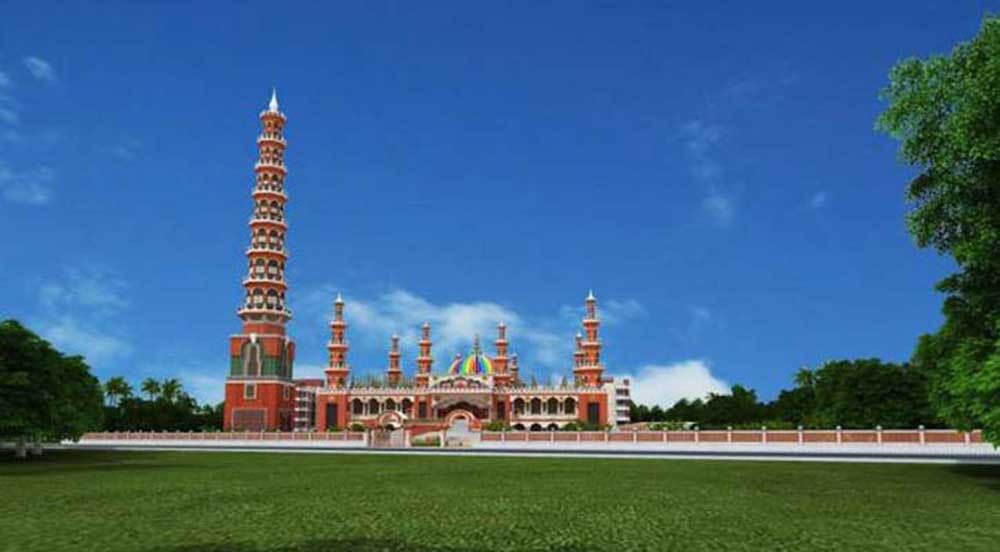 The 144-foot-long and 144-foot-wide two-storey mosque can accommodate about 20,000 worshipers at a time. In the middle of the roof of this mosque is a large dome 61 feet high. Surrounding it are 200 domes— 18 feet high, which have already been decorated with various precious stones. In the four corners of the main mosque, there are four minarets which are 101 feet high. Besides, four more minarets in the centered area of 61 feet height have been constructed. 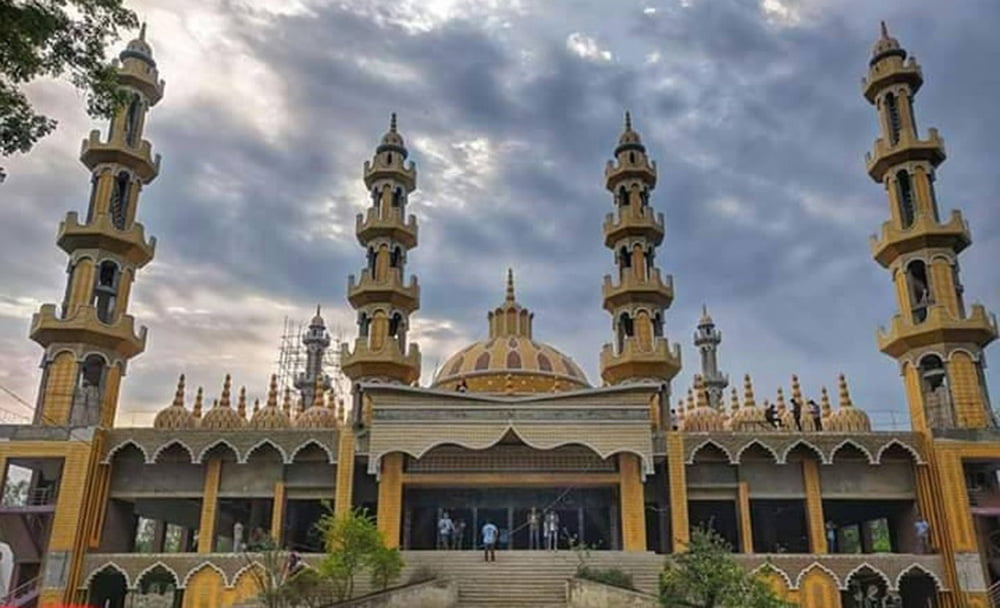 It is known that the tallest minaret in the world is located in the second Hassan Mosque in Casablanca, Morocco. Its height is 210 meters (69 feet). However, it is not made of bricks. The tallest brick minaret is the Qutub Minar in Delhi, India, which is 83 meters or 240 feet high and has 369 steps.

You have to go Tangail first from Dhaka or anywhere in Bangladesh. You can go by train from Kamalapur Railway Station or Airport Railway Station to Tangail. The mosque is located 50 km away from Tangail Sadar and about 8 km from Gopalpur Upazila Sadar. From Tangail to Gopalpur Upazila, you can easily go to 201 Dome Mosque by renting an auto-rickshaw. The rent will be within 20 to 30 Taka. 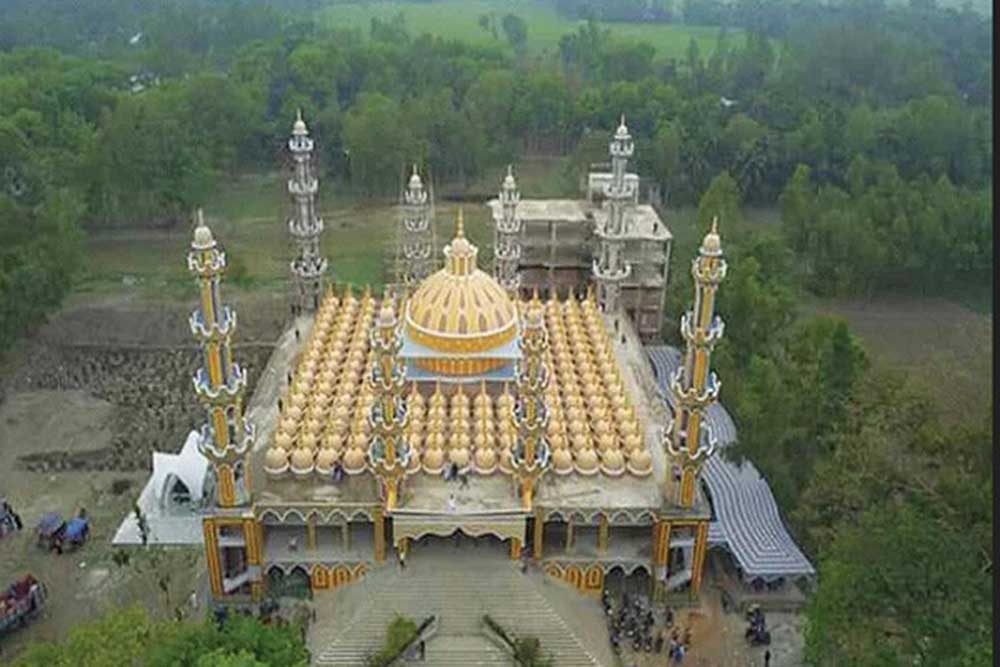 Apart from this, one can reach Gopalpur by bus from Gabtali, Mirpur, Mohakhali and Sayedabad bus terminals. You will find autorickshaw from Gopalpur to reach the 201 Dome Mosque. From Mohakhali bus stand you can also reach Tangail within shortest period of time. You can go to Gopalpur directly whose fare is 150-200 Taka. You can take a fast bus from anywhere on the Dhaka-Tangail highway.

Besides, if you want to go by AC bus, you can go to Dhanbari Tangail from Kalyanpur. In that case you have to go down to Ghatail Cantonment. Then you can go to Gopalpur or directly to 201 Dome Mosque by CNG.

From Dhaka you can go to Tangail during the day and come back at night. However, if you want to spend the night, there are several residential hotels of different quality besides Elenga and Jamuna Resort. Besides, if anyone wants to stay, he can stay in the adjoining Upazila Dhanbari Nawab Palace. Although the cost for each night will be a minimum of three thousand Taka. Besides, there are several decent quality hotels to stay in Madhupur and Ghatail. The rent will be 200-1000 Taka. 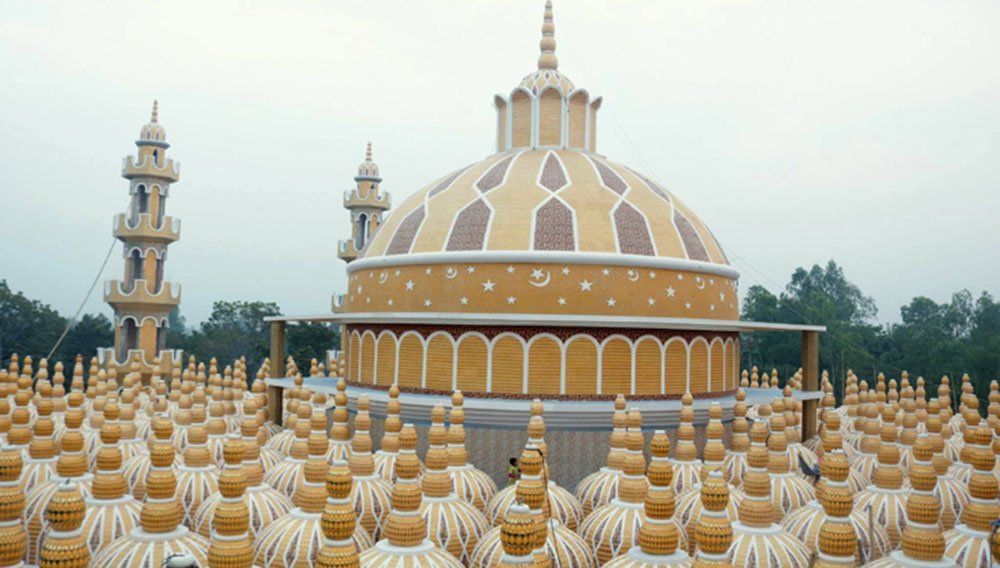 There are some small and big food hotels in front of the mosque. You can have a light breakfast or lunch at the local hotel. Besides, there are fair quality food shops in Gopalpur Bazar. If you want, you can take food with you. I will tell, you have a problem of getting good foods here. You should keep in mind that it’s a remote area so you may take taste of local foods. It is not bad enough and tasty as well. Again, you will get enough local foods, which is delicious.

If you want to return from Dhaka in one day, you must leave very early in the morning. If there is a traffic jam, it will take a lot of time to come and go. The bus from Gopalpur to Dhaka stopped before evening. However, if you can move to Tangail city, you will get a bus or other vehicle to return to Dhaka even after the evening. 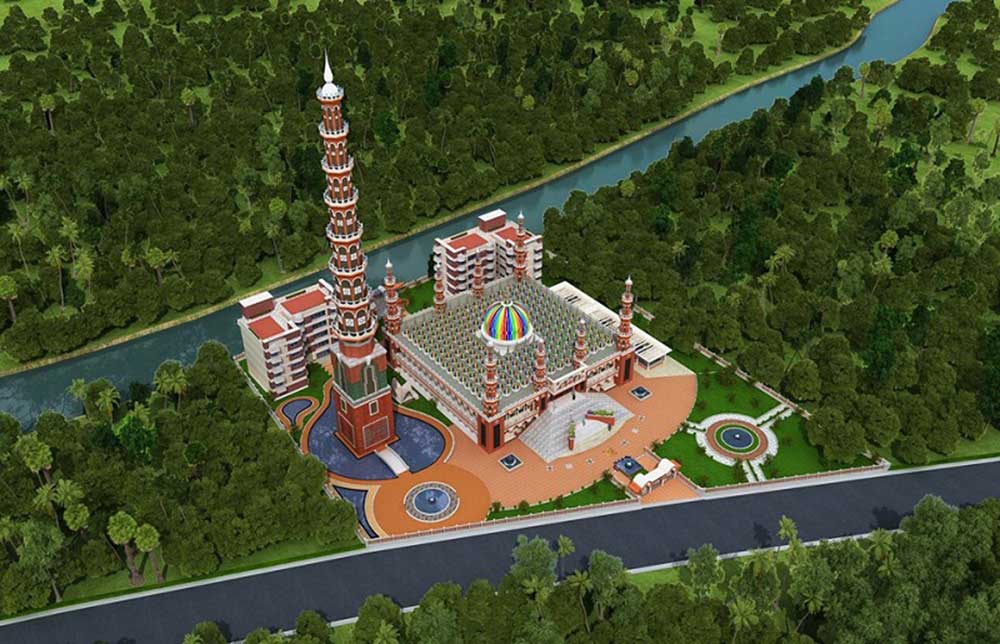 Note: It is a religious place for the Muslims, so do not do anything which hurts the general people. At the same time, stay quiet and pray to the Almighty Allah for the well-being of you, your family, and the people of the world.

Want To Travel The Most Dome Mosque In The World?

201 Dome mosque (২০১ গম্বুজ মসজিদ) is a perfect place for a group or family tour. The beauty of this place will give you awesome feelings. At the same time, you can come back within one day by visiting here. Hopefully, you can go to 201 Gombuj Mosjid within a tight budget. If you want to travel the most mineret mosque in the world with safety and want to enjoy the place with more joy, Travel Mate Bangladesh can help you with arranging the tour. Contact us for further details. Above all, you may add any missing information from the comment section. Happy Traveling. ♥