Tazing Dong (তাজিং ডং) is the highest mountain peak in Bangladesh. It is also known as Victory (Bijoy). In the local language, Tajing means Big and Dong means Mountain. Together the Big Hills or Mountains or TazingDong. It is located in Ruma upazila of Bandarban district.

Currently, a private company called Natural Adventures claims Saka Haphong Mountain as the highest mountain. However, it has not yet received official recognition.

At one time it was difficult to reach Tazing Dong. Nowadays a lot of tourists flock to Tazing Dong to enjoy the beauty of nature. Many more tourists are seen in winter than in other seasons. 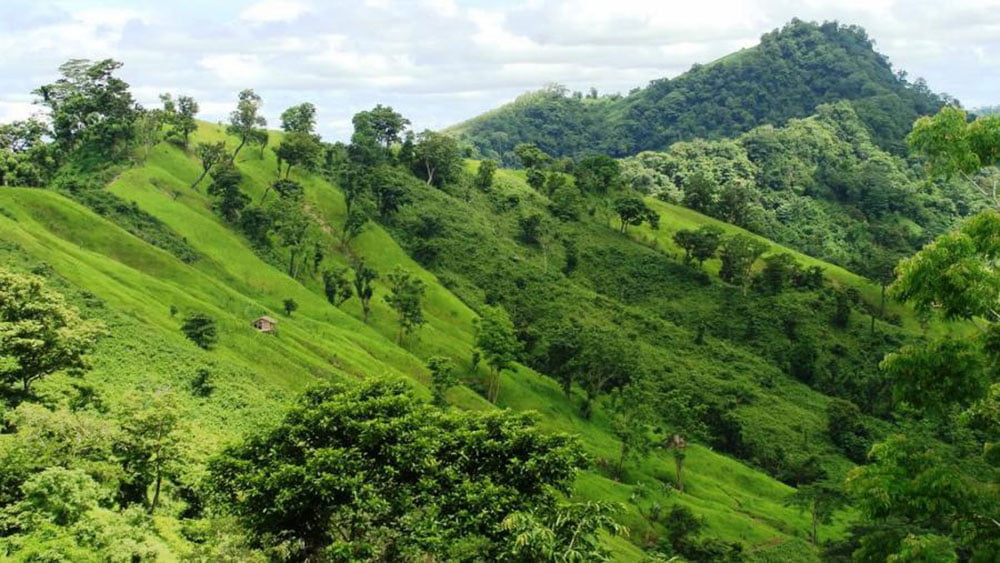 In addition to Tazing Dong, there are various indigenous communities whose culture and diversity of life are intertwined with nature.

TazingDong or Vijay is the highest mountain in the country. Its height is about 4500 feet.

Distance: About 60 km from Bandarban Sadar

Travel: It is possible to reach nearby only by car in dry season. At Moon you can hire a car from Bandarban Sadar or Ruma Upazila Sadar.

Overnight: In Ruma Upazila has the facility to stay alongside other rest houses including Zila Parishad. 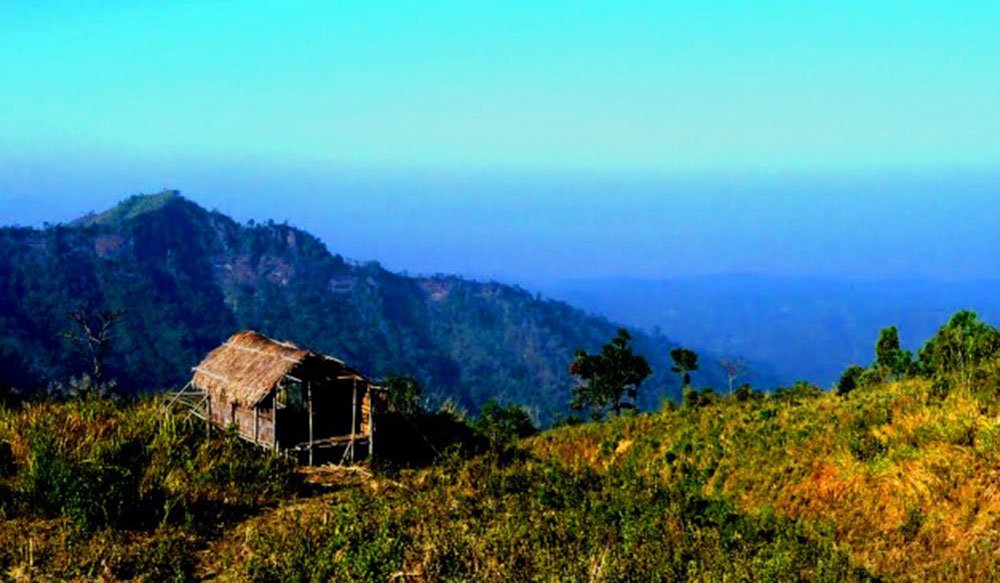 The best time to summit Tajingdong is winter. Its route is relatively inaccessible so it is better not to go in the rainy season. If you are adventure lover, you can choose your perfect time according to your needs and Travel Mate.

How To Go To Tazing Dong:

If you want to go to Tazing Dong Summit, you have to go to Bandarban first. Bandarban can be reached in different ways from Dhaka. You can go directly by bus. However, if it breaks down, bus, train, plane can be chosen by any means.

The best route for going to Bandarban is by direct bus from Dhaka. You will see Dhaka to Bandarban route from different places in Dhaka. Buses of S. Alam, Saudia, Unique, Hanif, Shyamli, St. Martin’s Transport, Dolphin etc. leave for Bandarban. The fare of these buses is 550 to 1500 Taka per person for AC and non-AC. Besides, you can come to Chittagong from Dhaka and then come to Bandarban by charging a bus from Chittagong BRTC terminal or Dampara bus stand for 100-300 BDT. From Chittagong you can go to Bandarban by private car for 2500-3500 BDT. 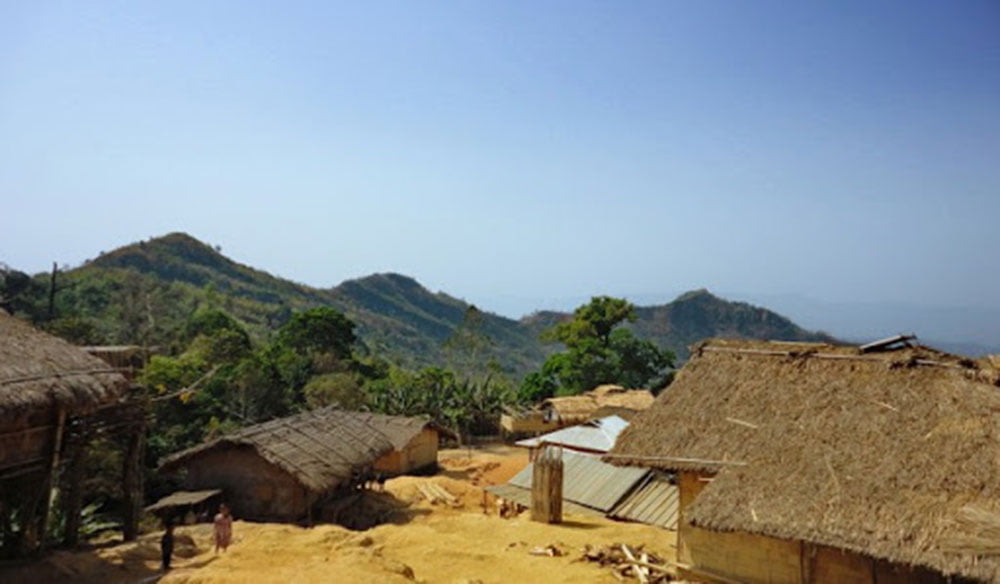 The distance from Bandarban to Thanchi upazila is about 69 kilometers. There are two ways to go from Bandarban to Thanchi; By bus or reserve jeep. After an hour from Thanchi bus stand in Bandarban, the local bus leaves for Thanchi. Bus fare is Tk. 200 per person, it will take 4-5 hours. If you go in a reserve jeep / Chander Gari, the cost will be 5500-6000 BDT, and in that case it will take 3-3.5 hours. 12-14 people can go easily in one car. Milanchari, Chimbuk and Nilgiri will be on the way to Thanchi. Take a guide from Thanchi to Sherkar Para. You will be able to reach Sherchi Para before noon and return to Sherchi Para before noon. And if you want, you can come from Sherkar Para to Thuisa Para and see Amiyakhum Velakhum via Nafakhum Waterfall.

Although Tazing Dong is located in Ruma, you cannot go from Ruma. Because from Ruma now only Keokradong is allowed to go. You can go to Jadipai even if you can go to the maximum. So now if anyone wants to do the Tajingdong Summit, he has to go to Thanchi. And in that case the route will be—

Why Thanchi? After the Burma-British War in 1824, Thanchi Upazila was incorporated as a province of Arakan in British India. This facilitated the migration of Arakanese to Thanchi and its neighboring areas. Immigrants settled permanently in the area and Regulation-1 of 1900 (Chittagong Hill Tracts Manual) recognized them as permanent residents. The name Thanchi originates from the Marma word Thain Chai or place of rest. It is thought that the place was known as Thain Chai in 1950 or earlier as it was a place where passengers stopped for rest while navigating the waterway, which later came to be known as Thanchi. 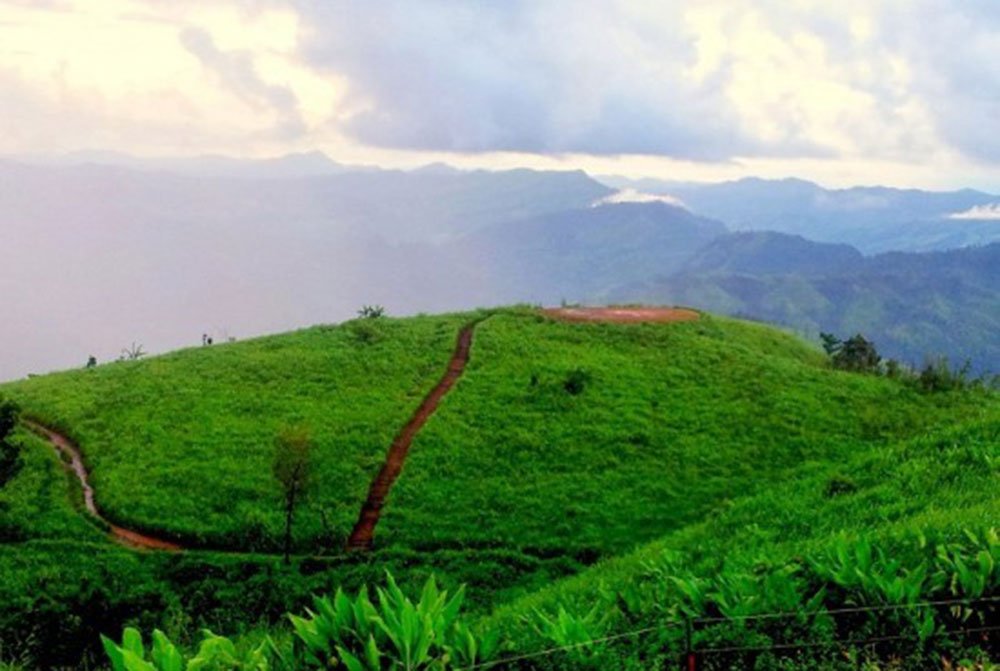 Need To Know When Going To Tajing Dong:

Want To Travel The Highest Peak Of Bangladesh

Tazing Dong (তাজিংডং) is a perfect place for a group or family tour. The beauty of this place will give you awesome feelings. At the same time, you can come back within two or three days by visiting here. Hopefully, you can go to Tazing Dong within a tight budget. If you want to travel Tajing Dong with safety and want to enjoy the place with more joy, Travel Mate BD can help you with arranging the tour. Contact us for further details. Above all, you may add any missing information from the comment section. Happy Traveling. ♥