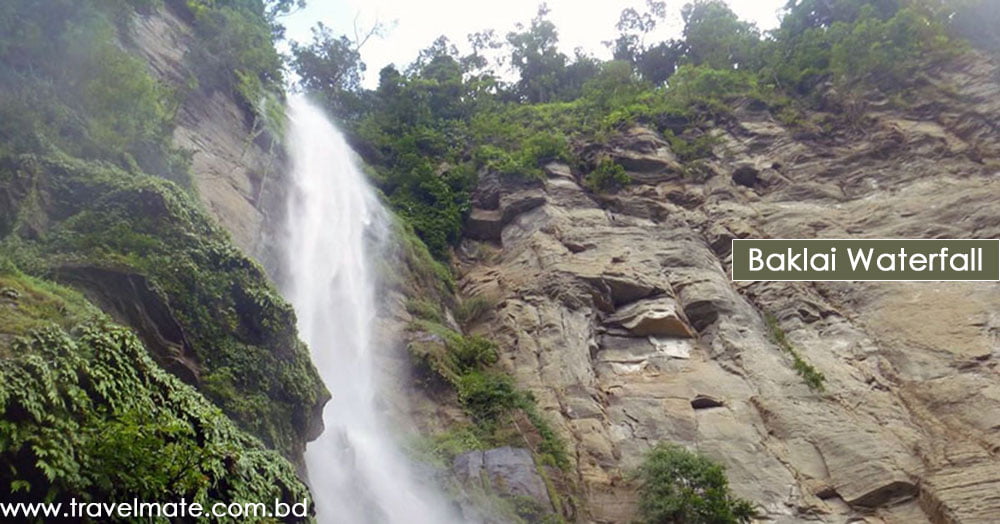 Baklai Jhorna (বাকলাই ঝর্ণা) is probably the highest waterfall in the country. Located in the village of Baktlai, deep in the hills of Bandarban, this waterfall is about 380 feet high. It is known as Camping Zone, a well-known trekker for many years. The biggest reason for this is the army camp here, which is safe for explorers. However, on the way to this Baktlai, the small mountain river is also on the way. In the below it is the eye-catching-wonderful Baklai fountain.

Baklai Waterfall which is currently the highest waterfall in Bangladesh. Baklai Jhorna is about 380-390 feet high and is located at Baktlai (বাকলাই) village in Bandarban. Due to security reasons, the administration has closed this route since 2015. When a strong current flows through the crevices of a mountain about 390 (+/- 10) feet and hits the rocks below, its rapid velocity, disappearing sound and the surrounding wild environment give rise to a different kind of inferiority. 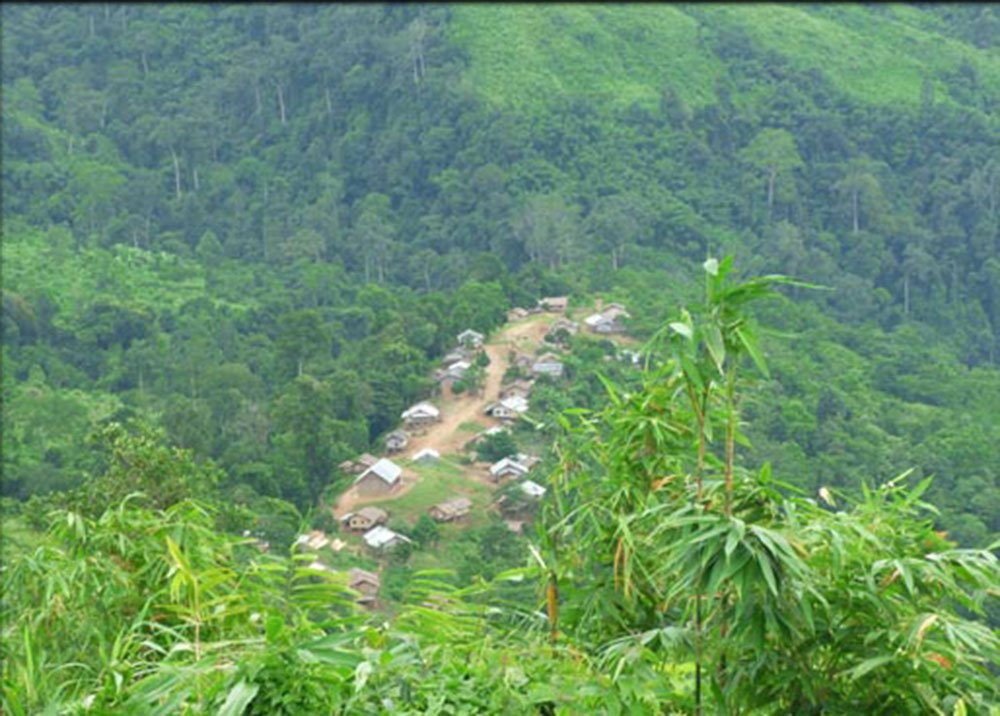 Baklai village on the way from Keokradong to Tazing Dong with Ruma. The village is well known as a shelter / camping spot for trekkers. There is an army camp here. Baktlai Falls is located an hour’s walk from Baklai Para.

If you want to go through Thanchi, the route plan will be: Thanchi to Nauthaha Para to Sangyang Murung Para to Hastrang Para.

Baklai Waterfall – At A Glance

The most famous village on the way from Keokradong to Tazingdong is Baklai. There are well known shelter and camping for trekkers for many years. The biggest reason for this is the army camp here which ensures extra security for the explorers. And in the village of Baklai in Nighting Mouza of Thanchi upazila of Bandarban district, this beautiful and beautiful Baklai spring is located. It is thought that Baklai Waterfall is probably the tallest waterfall in the country at about 360 feet. If you want to see this fountain, you have to keep it in your hand for five to seven days. But how fast you can go depends on how quickly you can walk. From Thanchi and Ruma you can go to see this waterfall.

Baktlai Jhorna was once impossibly inaccessible, it took seven or eight days to get around. Now due to the convenience of travel it is possible to turn around in two to three days. At 380 feet, it is probably the highest waterfall in Bangladesh. 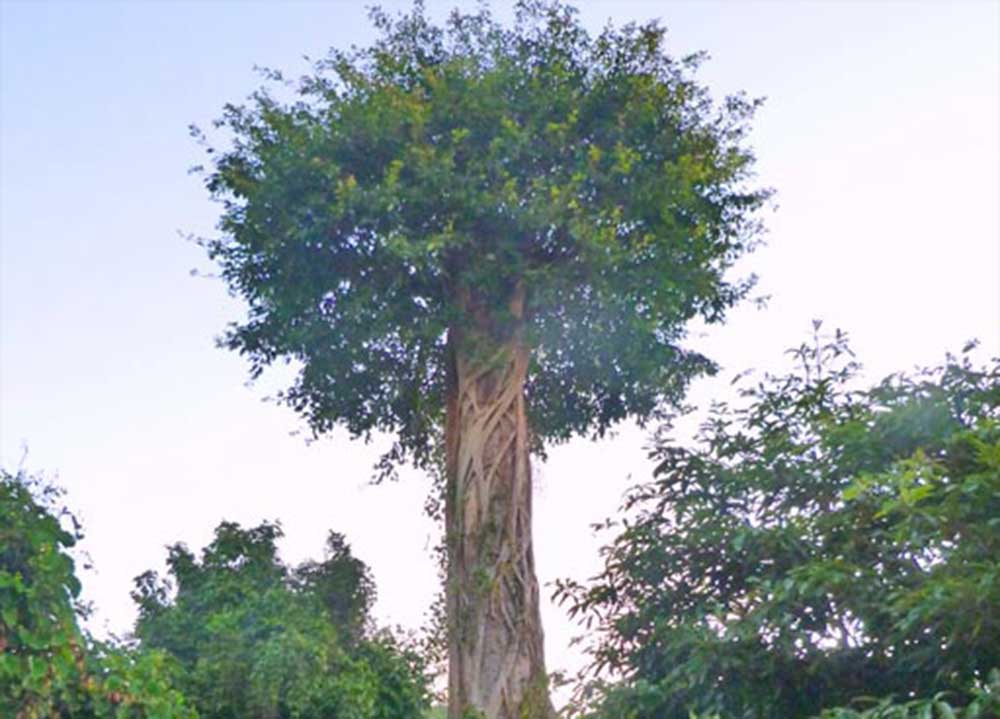 Ten or twelve years ago, a group of brave tourists went on a deep trip to Bandarban. At that time there was no telecommunication system in the area and it was impossible to travel. In the midst of such conditions, they traveled to different areas and mountains of Bandarban for more than a month. It was at this time that they discovered the Baklai waterfall from above. Since they did not see the waterfall from the front or the bottom, they were not sure about its height.

Later another group of explorers went to a place near the fountain and they heard the sound of water falling from the fountain. Hearing the loud sound of water falling from the mountain, they proceeded to discover the source of the sound and discovered the Baklai Waterfall. And in this way Baklai Jhorna comes in front of everyone. Even today, very few tourists visit this waterfall. Huge size and height are the special features of this fountain. 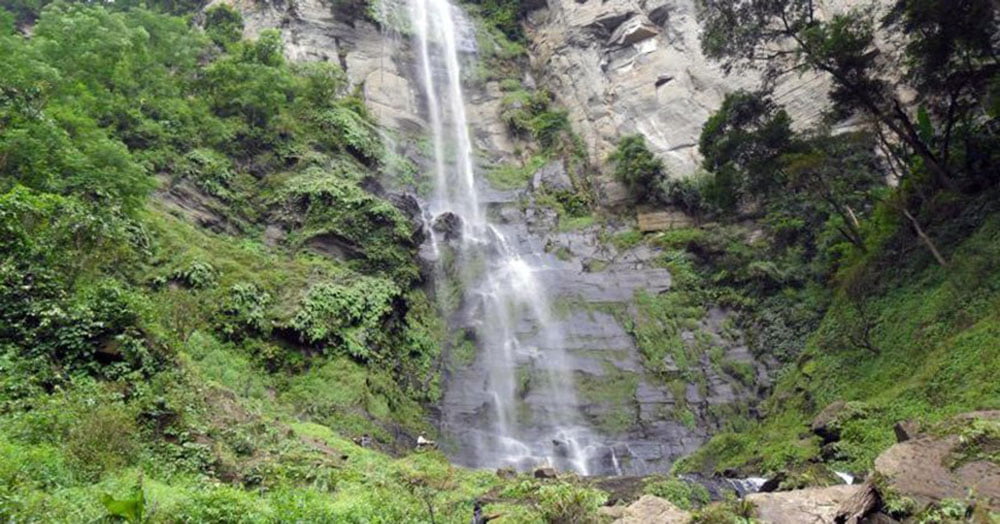 From Bandarban, you can reach Thanchi, which is about 69 km away, by bus or moon car (Chander Gari) in about four and a half hours. It will take 8-10 hours to reach Baklai Jhorna from Thanchi Bazar. The trekking route is also very beautiful, you have to reach here by crossing the high and low hills and jhiripath (Riverside road)! At this time you have to cross several neighborhoods such as Tutangpara, Boarding Headmanpara, Kaitanpara etc. If you want to get to the top of the fountain, it will take about an hour more.

Baklai Waterfall is located in Thanchi upazila of Bandarban district. The waterfall is a few hours walk from Thanchi.

Another route – Thanchi> Boarding Para> Kaithan Para> Baklai Para. 1 hour road from Baklai Para. The time will depend on the walk. 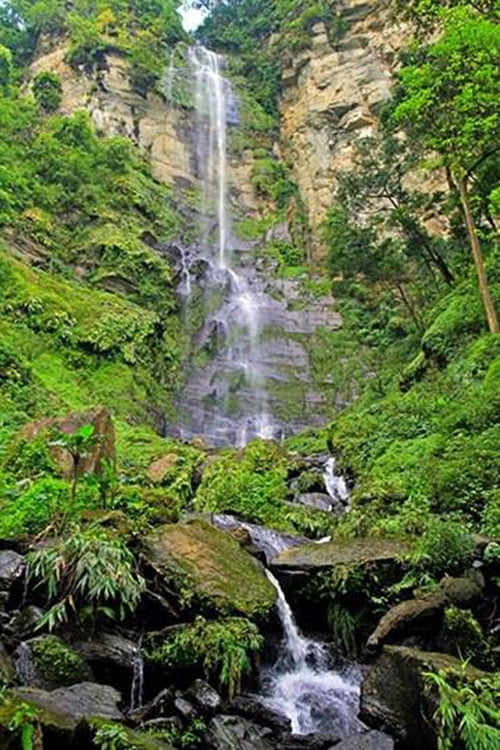 Where To Stay Or Eat?

You will find hotels in the Bandarban district areas including Green Hill and Hotel Otithi. If you want to stay at Thanchi, Ruma Bazar or Baklai Waterfall area, you have to take help of local people. They will give you accommodation support among the villagers. The food of local people is not so bad. You will get another taste of everything. 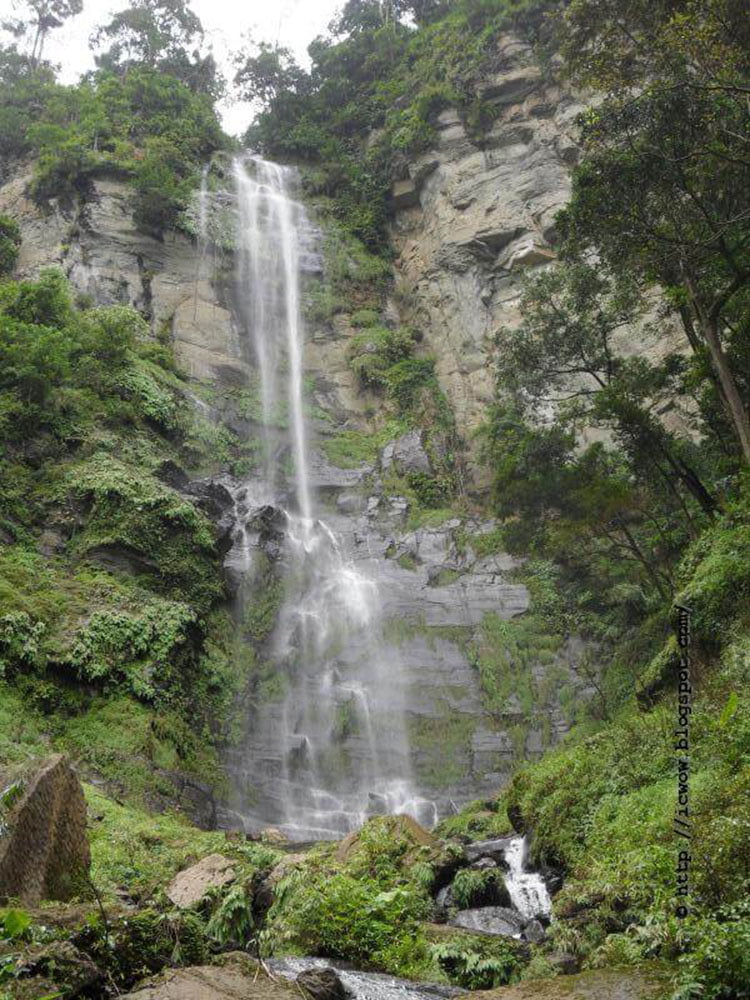 Tips When Going To Baklai Waterfall 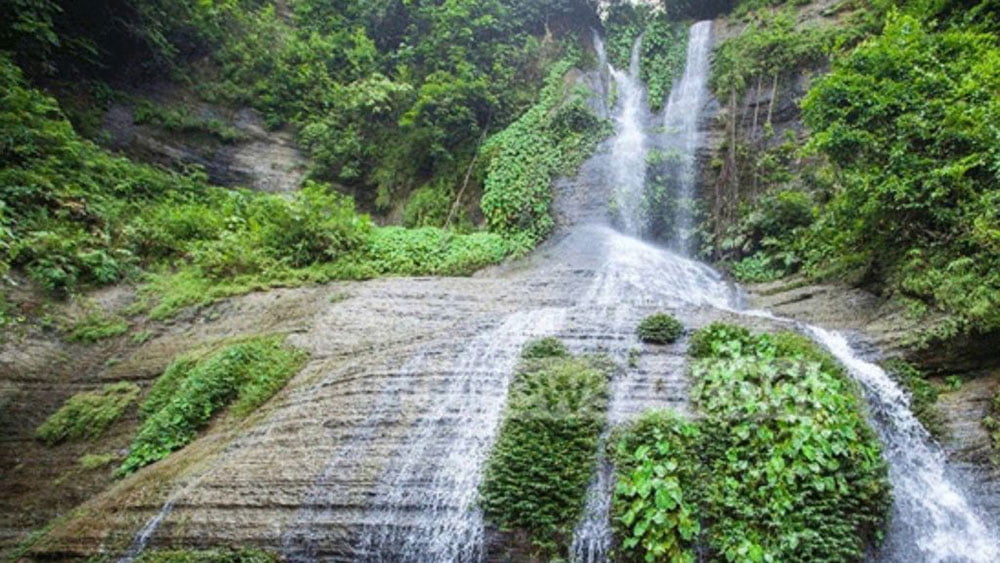 Want To Travel The Highest Peak Of Bangladesh – Baklai

Baklai Waterfall is a perfect place for a group or family tour. The beauty of this place will give you awesome feelings. At the same time, you can come back within two or three days by visiting here. Hopefully, you can go to Baklai within a tight budget. If you want to travel Baklai with safety and want to enjoy the place with more joy, Travel Mate can help you with arranging the tour. Contact us for further details. Above all, you may add any missing information from the comment section. Happy Traveling. ♥