Khulna district (খুলনা) in the southwestern part of Bangladesh is the third largest district in Bangladesh. This unprecedented fusion of industrial trade, nature and folk culture has taken place in this district. There are shrimp industries and shipbuilding industries in Khulna district which is rich in a significant number of river varieties including Rupsha, Bhairab, Chitra, Pashur and Kapotaksh.

The Sundarbans is a vast mangrove forest on the coast of the Bay of Bengal, one of the natural wonders of the world. Located in the delta of the Ganges, Meghna and Brahmaputra river basins, this magnificent forest covers Khulna, Satkhira and Bagerhat districts of Bangladesh and two districts of the Indian state of West Bengal, North 24 Parganas and South 24 Parganas. As the largest mangrove forest in the coastal saline environment, the Sundarbans is the largest intact forest in the world. There are 6,016 sq km of the Sundarbans in Bangladesh covering an area of ​​10,000 sq km. The rest is in India.

On the way to Fultala by bus from Khulna, you have to get off at Shiromani bus stand. Later you can go by local light vehicle.

Gallamari is another place with memories of the painful genocide of the liberation war. This gallamari is located on the banks of the Mayur River near Khulna University. During the war of liberation, thousands of innocent people were killed in this place by the Pakistani forces and their local allies Razakar-Albadar forces. After the liberation of Khulna city, about five trucks loaded with human skulls and bones were found in and around Gallamari canal. An estimated 15,000 people were killed at the site. The first monument was erected here in 1995. He is currently working on the development of the monument.

You can go by rickshaw or autorickshaw from Sonadanga bus stand in Khulna city.

Birshreshtha Ruhul Amin is sleeping here, blessed with the soil of Khulna, which is associated with the memory of the great heroism of the liberation war. The tomb of this heroic son of Bengal is located in Bagmara village of Rupsha upazila of Khulna.

After reaching Rupsha Upazila by bus from Khulna, one can go to Bagmara village by local vehicle.

Birth place of Krishnachandra Majumdar, a poet from Senhati village in Dighalia upazila of Khulna district. In Bengali literature, the poet’s short poem titled ‘Two Poems’ has found a timeless place. Poems like ‘A candle that burns in the joy of the mind on a public day’ or ‘When can a happy person understand the pain of delusion’ are considered as must-read in Bengali life.

Local vehicles can be found by crossing the river on the way to Dighalia by bus from Khulna.

The bungalow of the Deputy Commissioner of Khulna is reminiscent of the proverbial novelist Bankimchandra Chattopadhyay of Bengali literature. This bungalow was his residence when he was the Deputy Magistrate and Deputy Collector of Khulna in 180-184. Sitting on the ground floor of this bungalow on the banks of the river Bhairab, the poet wrote his famous novel and his first love novel in Bengali literature, Kapalakundla.

P. C. Roy was a scientist, philosopher and artist at the same time. He was inspired by the sense of humanity in social reform. At that time he introduced the cooperative banking system for the economic development of the rural people. 1909 Established Co-operative Bank in the birthplace of Saliniz. In 1903, Sir P, C, Roy, the first R, K, B, Kehrish Chandra educational institute in South Bengal, named after four villages.

On the way to Paikgachha by bus from Khulna, get off at Raruli Paikgachha link road, from there you can go by rickshaw or autorickshaw.

Former poet Rabindranath Tagore’s ancestral home is in Pithabhog village of Rupsha upazila of Khulna district. An experimental study by the Khulna Regional Archaeological Department has found the foundation stone of Rabindranath’s predecessor Vita at Pithabhog village. A bust of the poet has been placed here. Rabindra’s birth anniversary is being celebrated here every year.

By bus from Khulna to Rupsha Upazila, local vehicles are available from there.

Dakshindihi is a place where the memory of world poet Rabindranath Tagore is entangled. Crowded with flowers, fruits and various trees, Shantagram Dakshindihi. Fultala upazila is 19 km northwest of Khulna city. South Dehigram is three kilometers north-west of Upazila Sadar. Right in the middle of the village stands a two-storied building in memory of Rabindra-Mrinalini. This is the house of Rabindranath Tagore’s father-in-law.

South Dihi has close ties with the famous Tagore family of Jora Sanko in Kolkata. Masarda Sundari Devi of Rabindranath Tagore was born in this village of Dakshindihi. Rabindranath’s aunt Tripura Sundari Devi is the daughter of this village. Mrinalini Devi, the wife of Rabindranath, is the daughter of Dakshin Dihir. Her good name is Bhavatarini, after marriage she was named Mrinalini Devi. In his youth, the poet came to his uncle’s house in Dakshindihi village with his mother several times. Busts of the poet and his wife have been placed here. Rabindra Jayanti and Poetry Day are celebrated here on 25th Baishakh and 22nd Shravan with various arrangements. 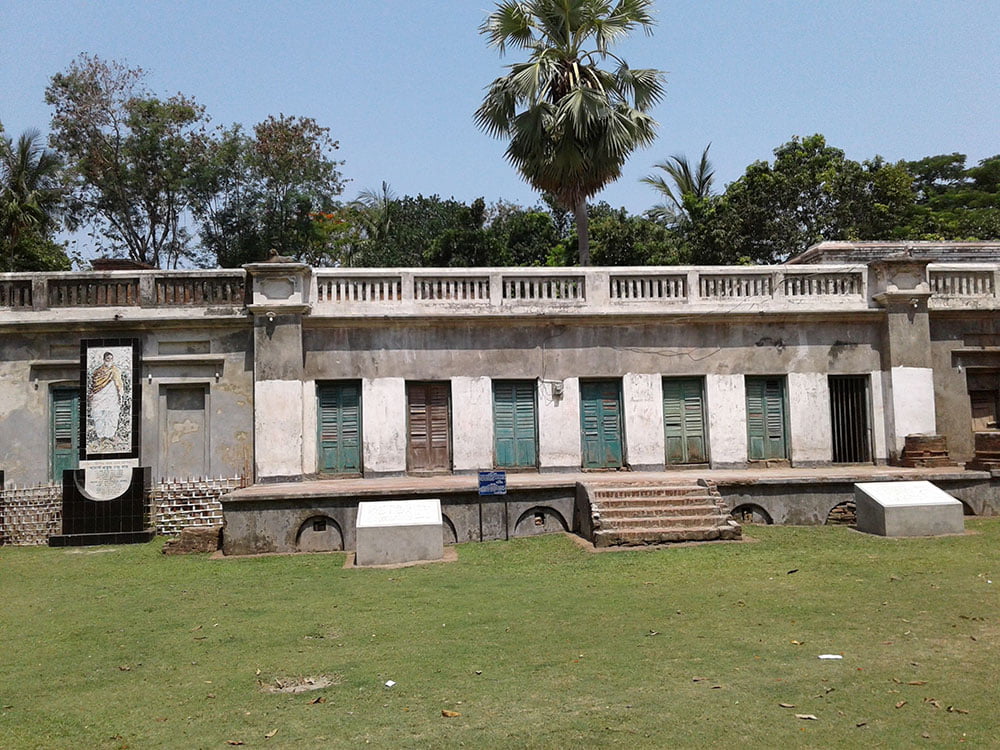 From Khulna you can go to Fultala Upazila by bus, from there you can go by autorickshaw or local transport.

Read more about Kuakata Travel From Dhaka and check the tour package.

Want To Travel The Best Clam & Quite City In Bangladesh?

Khulna (খুলনা) is a perfect place for a group or family tour. The beauty of this place will give you awesome feelings. At the same time, you can come back with a fresh mind by visiting here. Hopefully, you can go to Khulna within a tight budget. If you want to travel Khulna with safety and want to enjoy the place with more joy, Travel Mate can help you with arranging the tour. Contact us for further details. Above all, you may add any missing information about things to do or places to visit in Khulna from the comment section. Happy Traveling. ♥