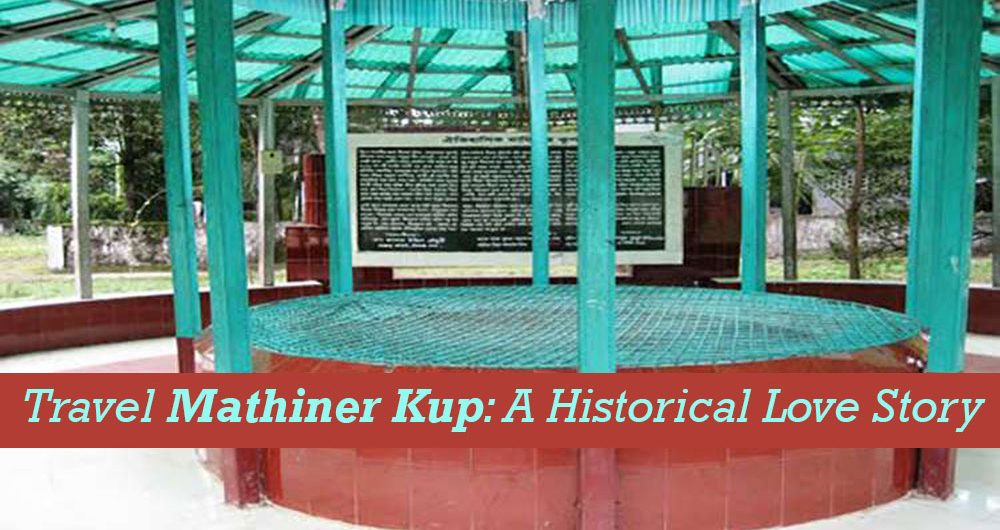 Mathiner Kup (মাথিনের কূপ) is a historical and interesting tourist spot. It is a reminder of immortal love. Apart from the coral island of St. Martin, this tourist spot in Teknaf still captivates people. The story of Mathiner Kup grows the curiosity and interest of any traveler from home and abroad. It is a strange love story between Mathin, the Mugh daughter of the Rakhine community, and Dhiraj Bhattacharya, once a popular actor & Police Officer. This Mathiner Kup is inside Teknaf police station near Naf river.

The love story of Dheeraj-Mathin is no less emotional than the love of Yusuf-Zulekha, Shahjahan-Mumtaz, Shiri-Farhad or Laili-Majnoor. Hundreds of years ago, police officer Dhiraj Bhattacharya and Rakhine zamindar’s beautiful daughter Mathin co-wrote an immortal love epic. 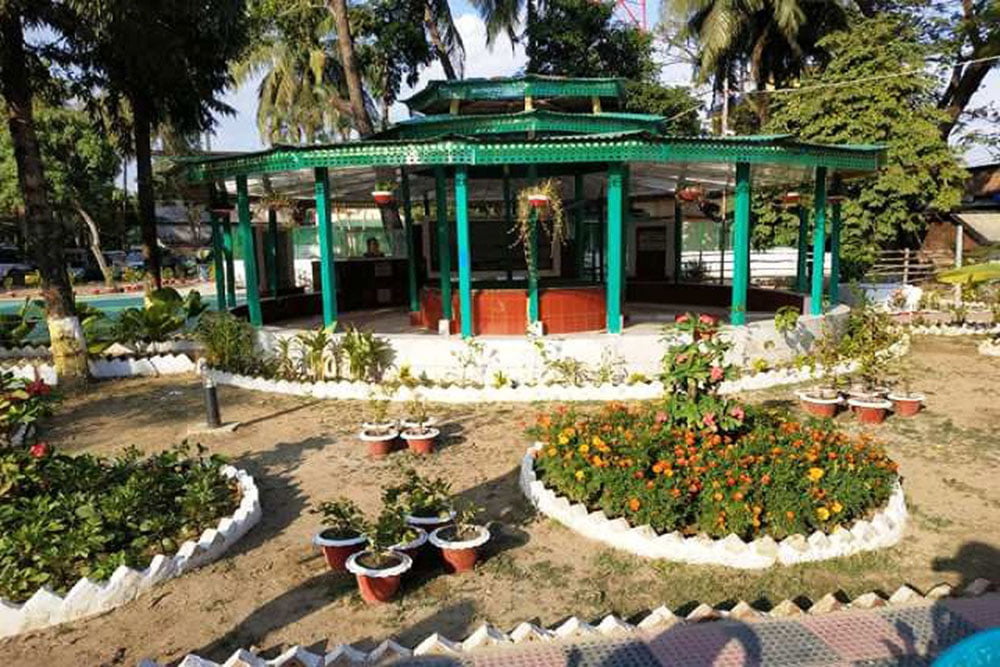 The daughter of a Rakhine Zamindar fell in love with a police officer. The police officer was also in love with her. However, he did not get the taste of the fullness of love. The love of the lover lost to the family. In it, the lover made an eternal companion. The boyfriend was defeated under pressure, but the girlfriend was not defeated. Rather, he sacrificed herself to love. That separation is immortal and the story is spreading from generation to generation.

By the end of the eighteenth century, Teknaf was in dire need of potable water. There was only one fresh water well in the police station premises which is the only one in the whole of Teknaf. Every day Rakhine young women used to come to fetch water from the well.

Dhiraj Bhattacharya was transferred here from Calcutta. Mathin, the daughter of a Rakhine zamindar, used to come with other Rakhine girls to fetch water. In this way, Mathin’s love affair with Dhiraj started. The two also decided to get married. But suddenly a letter from Calcutta informs Dhiraj that his father is seriously ill.

As a result, Dhiraj prepared to return to Calcutta. But Mathin did not agree. Her idea was that once the foreigner left, he would never return. So Dhiraj left for Calcutta without informing Mathin. Mathin suffered a lot and gave up eating and drinking. In no way could she be understood. At one point, Mathin fell to his death. 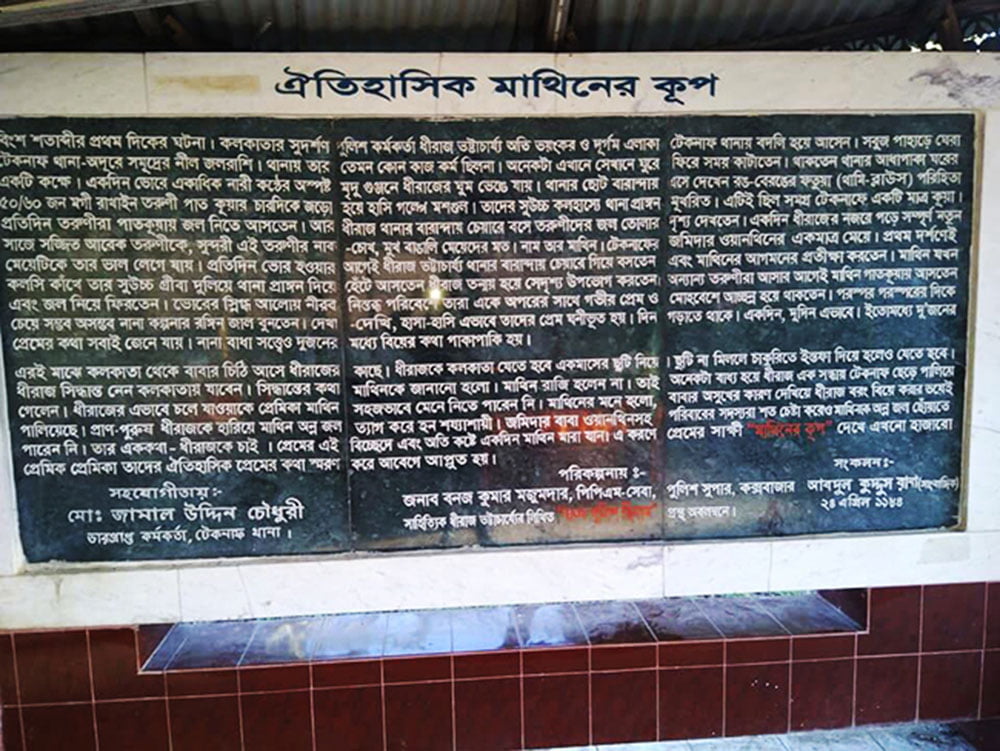 The well, located in the Teknaf Thana compound of the border upazila of Cox’s Bazar, has been preserved due to its immortality in folklore and later in literature. People come here from different parts of the country. There is no water in the well as before. The well is decorated with fruit trees and shrubs. Looking at the frozen water of the well covered in the camp in the decorated courtyard, the feeling of freezing cold still lingers in the minds of the people.

Buses from Dhaka Fakirapul and Sayedabad— Shyamli, Saint Martin Paribahan, Eagle, S. Alam, Modern Line, Green Line etc. go directly to Teknaf. Depending on the type and quality of the bus, the ticket price per person is 800 to 2000 Taka. The Mathin well is located on the premises of the Teknaf police outpost in the heart of Teknaf city.

Besides, you can come to Cox’s Bazar by road, rail or air from Dhaka and see Mathin’s Kup from there. Among the buses going from Dhaka to Cox’s Bazar are Saudia, S. Alam Mercedes Benz, Green Line, Hanif Enterprise, Shyamoli Paribahan, Shohagh Paribahan, S. Alam Paribahan, Modern Line etc. Depending on the class, the fare for each seat of the buses ranges from Tk 900 to Tk 2,000. From Cox’s Bazar you can go to Teknaf by local bus, jeep or CNG.

Besides, several airlines including Bangladesh Biman, NovoAir, US Bangla operate direct flights from Dhaka to Cox’s Bazar. Besides, you can come to Chittagong by air and go to Cox’s Bazar by road as mentioned above.

From Cox’s Bazar, you can reach Teknaf within two to three hours, so most of the travelers to Teknaf spend the night at hotels in Cox’s Bazar. However, if necessary, you can contact a motel of Bangladesh Tourism Corporation in Teknaf city. If you want to stay here, it will cost 800 to 1500 Taka per room. In addition, you can stay in other standard residential hotels in Teknaf for between 500 and 1000 Taka.

Cox’s Bazar in Bangladesh is famous for its natural beauty. Cox’s Bazar, the southernmost upazila of Bangladesh, Teknaf has become a new tourist attraction.

Ukhia Upazila with green hills to the north, Bay of Bengal to the southwest, Naf River and Myanmar to the east. 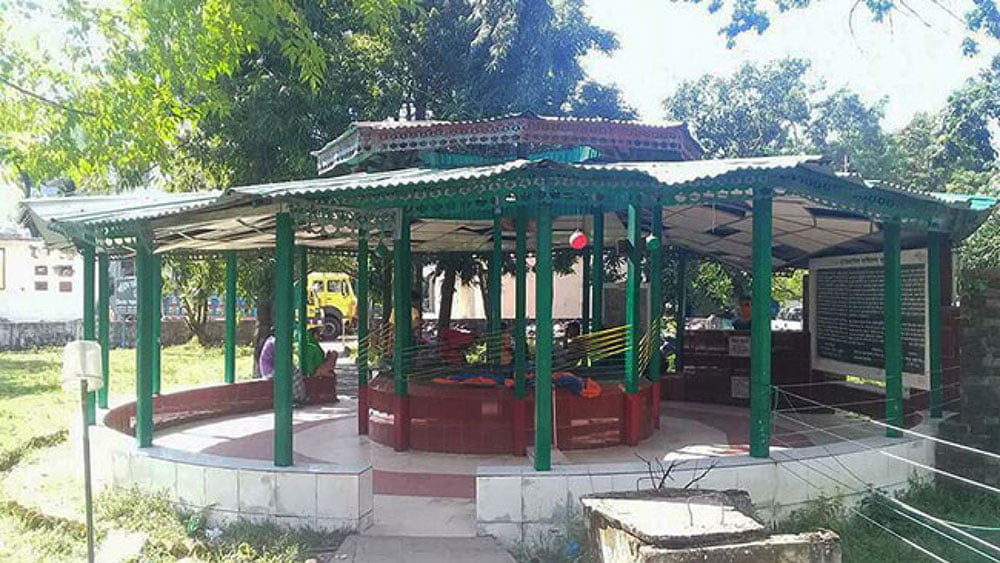 There are many places of interest in Teknaf.

Mathin’s well is located on the grounds of the Teknaf police outpost on the banks of the Naf River in the heart of Teknaf town.

For historical reasons, it has become a place of interest today. 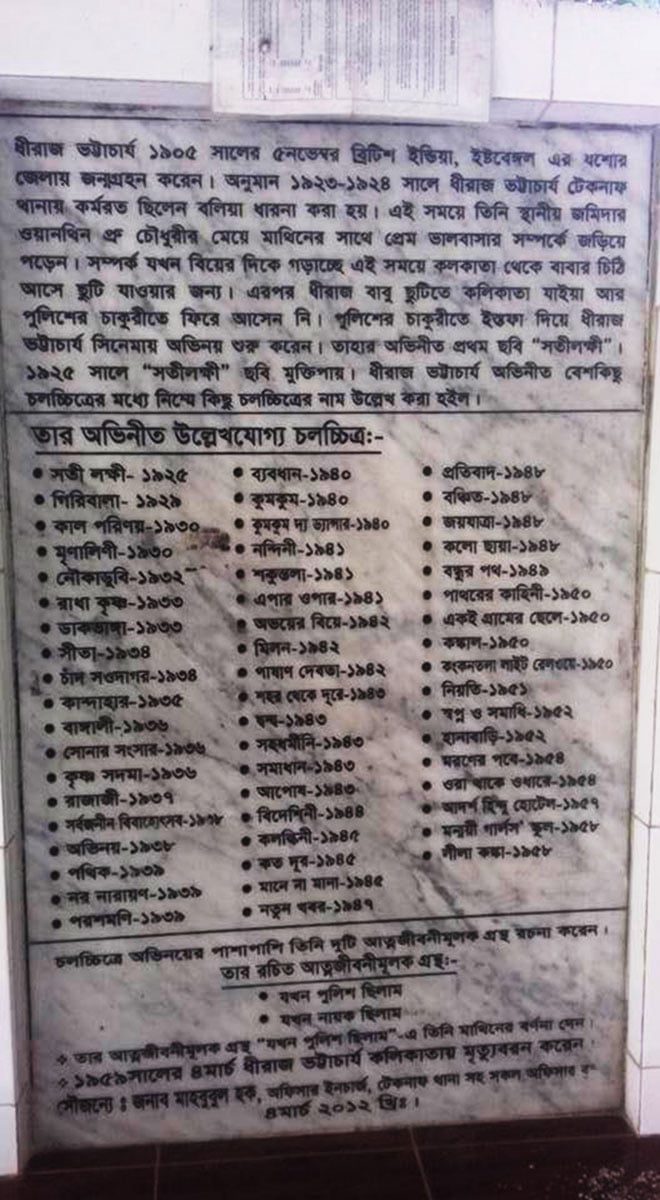 Cox’s Bazar district police have already completed the work of rebuilding the boundary wall of the well, flower garden, beautification of roads, repair of cherries and renovation of the well. The well is decorated in colorful colors. In this way, tourists are getting more and more fascinated and are constantly crowding.

A Reunion Of Love

On Valentine’s Day, many visitors flock to Teknaf Police Station in Cox’s Bazar to see this Mathin’s well, one of the symbols of love. Written on the wall in front of the well, they were fascinated by their love story. Again, many people are emotional after reading this tragic love story.

An autobiographical book by Dhiraj Bhattacharya titled ‘When I Was a Policeman’ was published in 1935 from Unique Publications in Lahore.

According to local sources, Dhiraj Bhattacharya was born on 5 November 1905 in Jessore district of East Bengal in British India. He was working as a police officer in Teknaf, Cox’s Bazar from 1923-1924.

Mathiner Kup (মাথিনের কূপ) is a perfect place for a group or family tour. The beauty of this place will give you awesome feelings. At the same time, you can come back within a day by visiting here. Hopefully, you can go to Mathiner Kup within a tight budget. If you want to travel The historical well of Mathin with safety and want to enjoy the place with more joy, Travel Mate can help you with arranging the tour. Contact us for further details. Above all, you may add any missing information from the comment section. Happy Traveling. ♥