Who likes a monotonous daily life? Many people spend one day a week on vacation. Take a day trip with the family on a weekly vacation With Travel Mate. You can go anywhere in or around Dhaka for a day trip. In this, even if it is a little bit in your tiring life, the touch of nature will come, the mind will be full, you will get new enthusiasm back to work.

At the end of a busy week or on a day off, many people with family or friends are interested in going on a day tour to or from Dhaka, a place that can be visited day after day. This kind of short-term travel, on the one hand, satisfies the need for recreation and, on the other hand, rekindles the urge to work. Let’s take a look at some of the wonderful places to visit in one day from the capital Dhaka.

TravelMate‘s day tour packages are really user and budget friendly. Moreover, it is an interesting opportunity to spend time with family and friends. Our past experience and well-trained team will do all kinds of collaborations to make your holiday more colorful. And if you have kids, we also have arrangements on how to keep them engaged in various educational activities while playing. Hopefully our day tour package will play a role in making your weekly day special. 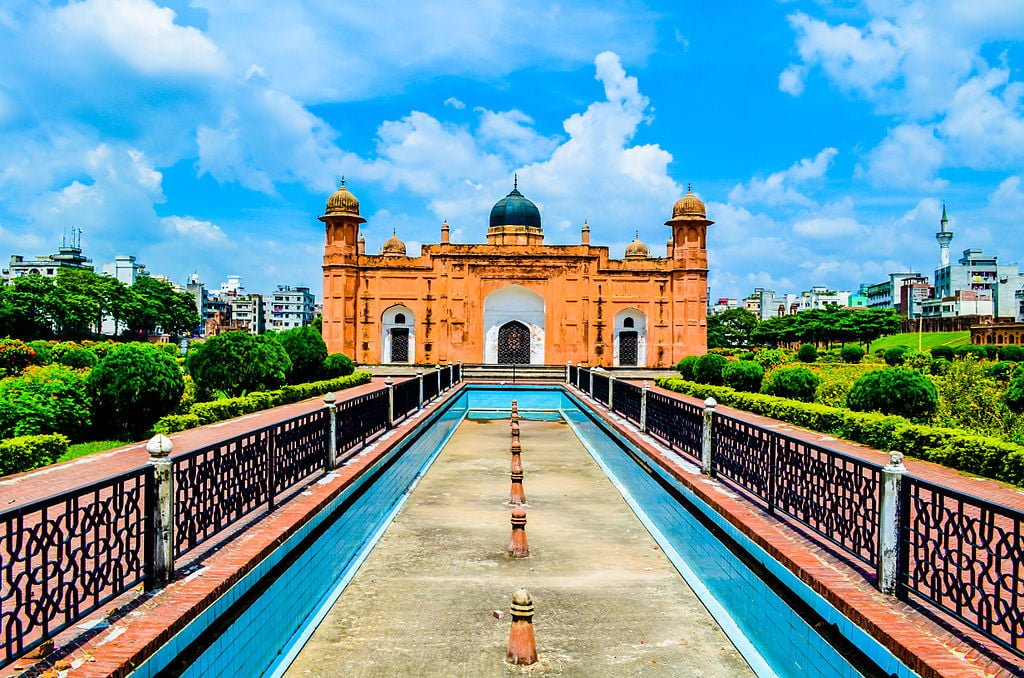 Ahsan Manzil is the first brick-and-stone architectural monument in the city of Dhaka, located on the banks of the river Buriganga in Islampur, Old Dhaka. Lalbagh Fort is one of the favorite places for tourists in Dhaka. It is an invaluable resource of the country. The Sri Sri Dhakeswari National Temple in Dhaka is one of the oldest historical traditions and traditional monuments of Dhaka. Curzon Hall is a historic building located in Dhaka, the capital of Bangladesh, which is recognized as an antiquity. Shaheed Minar – Memorial of the language movement. It is located on the premises of Dhaka Medical College in the center of Dhaka, the capital of Bangladesh. Baitul Mukarram is the national mosque of Bangladesh. Its architectural style is very beautiful. At the heart of this architectural philosophy was the maximum use of space and the enhancement of Bangladesh’s heritage and culture through Jatiya Sangsad Bhaban‘s architectural style. Man’s struggle for survival against various adversities of nature has been highlighted by the architectural style. The Tara Mosque is located on Abul Khairat Road in Armanitola, Old Dhaka, Bangladesh. The mosque was built by Mirza Ghulam Pir, a zamindar of Dhaka in the 18th century AD. 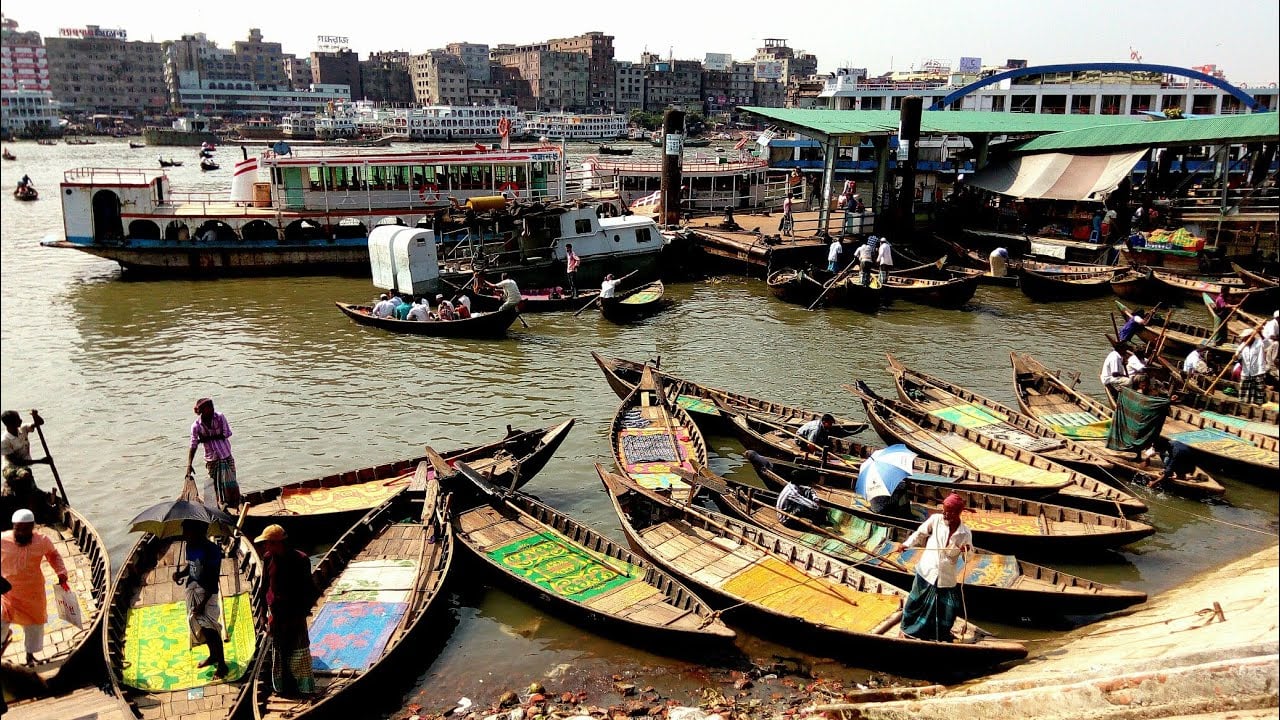 The Buriganga River flows past the city of Dhaka, the capital of Bangladesh. The waters of Brahmaputra and Shitalakshya merge into one stream and a new stream flows. The name of that stream is Buriganga river. Shankhari Bazar is a historical area of Old Dhaka. Karwan Bazar or Kawran Bazar is the central wholesale and retail market in Dhaka. Kamalapur Railway Station is the central and largest railway station of Bangladesh.

If you want to do photography in traditional Dhaka, this tour package will be perfect for you.

In the National Botanical Garden, zigzag artificial lakes have been created at various places in the park with the intention of enjoying the natural beauty of the plants as well as the visitors. There is an artificial island in the middle of the lake, with ornamental plant gardens. Boat trips have been arranged for visitors to the lake. Observation decks have also been created. 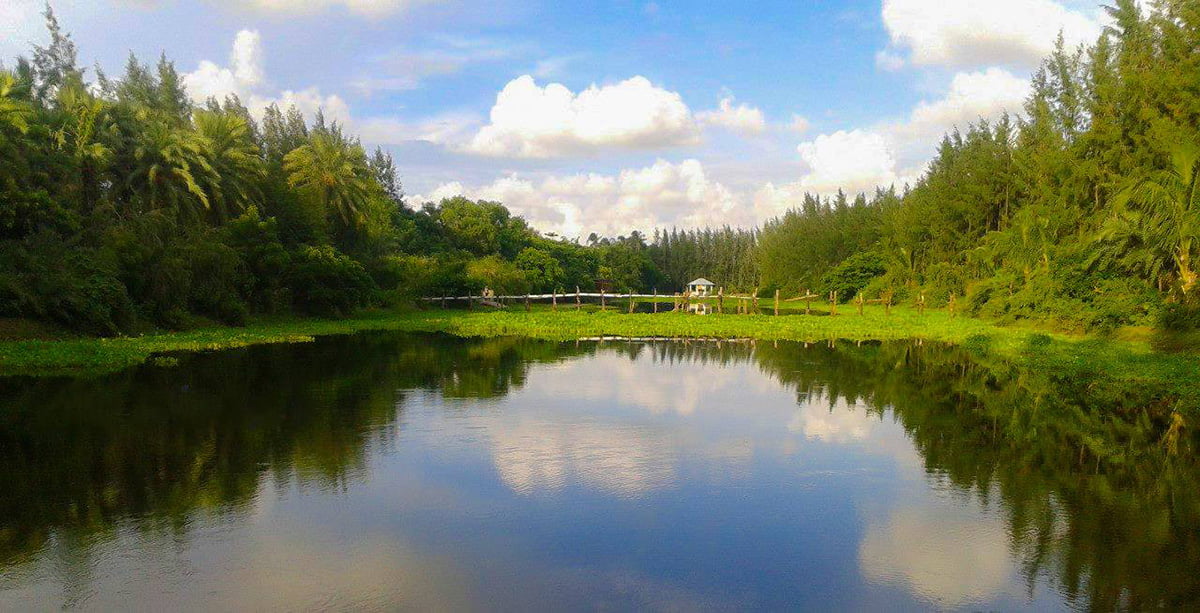 Hundreds of guest birds can be seen in the Botanical Garden in winter. It will feel like you are sitting in a bird fair. Apart from this, the National Botanical Garden is said to be the only living plant collection in Bangladesh. At present, the garden has about 68,000 plants of one thousand species, both domestic and foreign, rare and endangered. 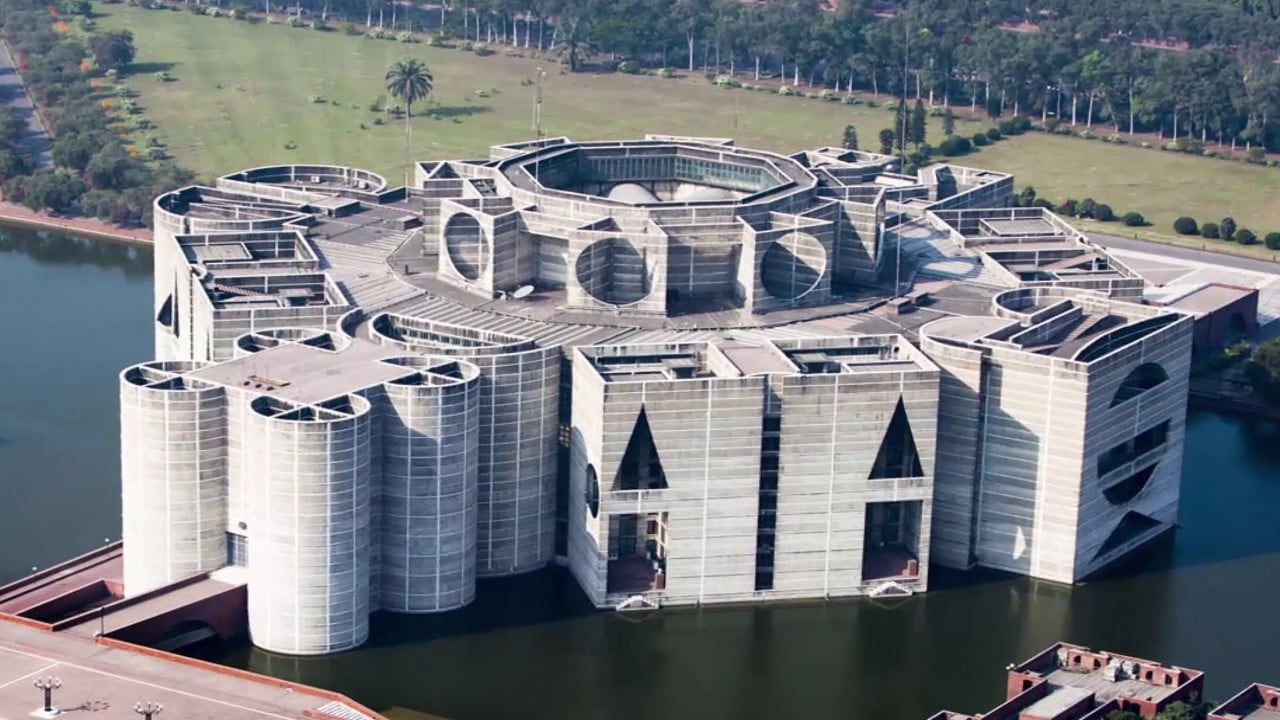 Bangladesh Jatiya Sangsad Bhaban is located in Sher-e-Bangla Nagar on the north side of Manik Mia Avenue. There is an artificial lake around the nine-storey building, which is built in a circular casting of concrete on the chest of a huge open courtyard on 108 acres of land. The clear water of the lake reflects the image of tall buildings. The Parliament House is the immortal masterpiece of the famous American architect Louis Isadore Kahn. It is a wonderful example of modern architectural design.

Sonargaon Folk Art Museum is located in Sonargaon upazila of Narayanganj district, 24 km from the capital Dhaka. In order to preserve, develop the folk art of Bangladesh and to highlight the glorious aspects of folk art among the people, the government of Bangladesh established this museum in 1975 on the initiative of Shilpacharya Zainul Abedin. 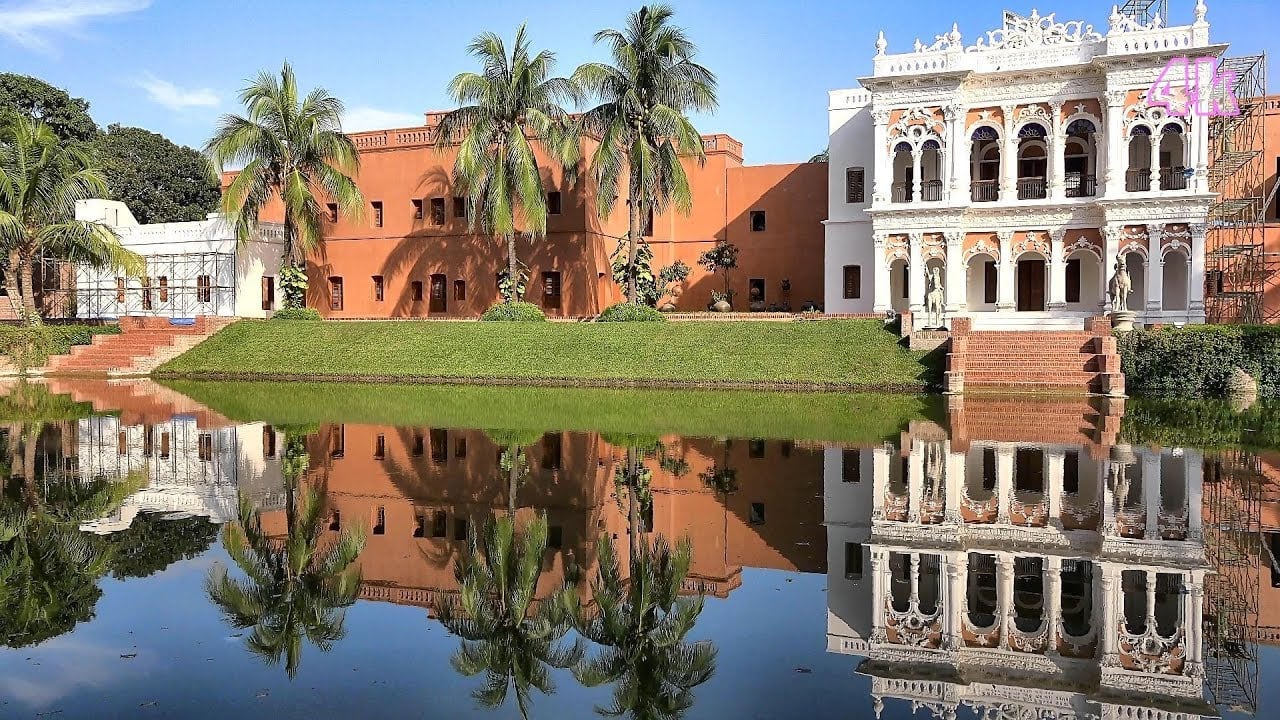 Mini Cox’s Bazar is not far from Araihazar upazila of Narayanganj. On one side is the huge body of water of Meghna river. On the other side is a sandy desert across a vast area of the shore. The Bishnandi Ferry Ghat area under Bishnandi Union of the upazila has become known to everyone as Mini Cox’s Bazar in the last few years. 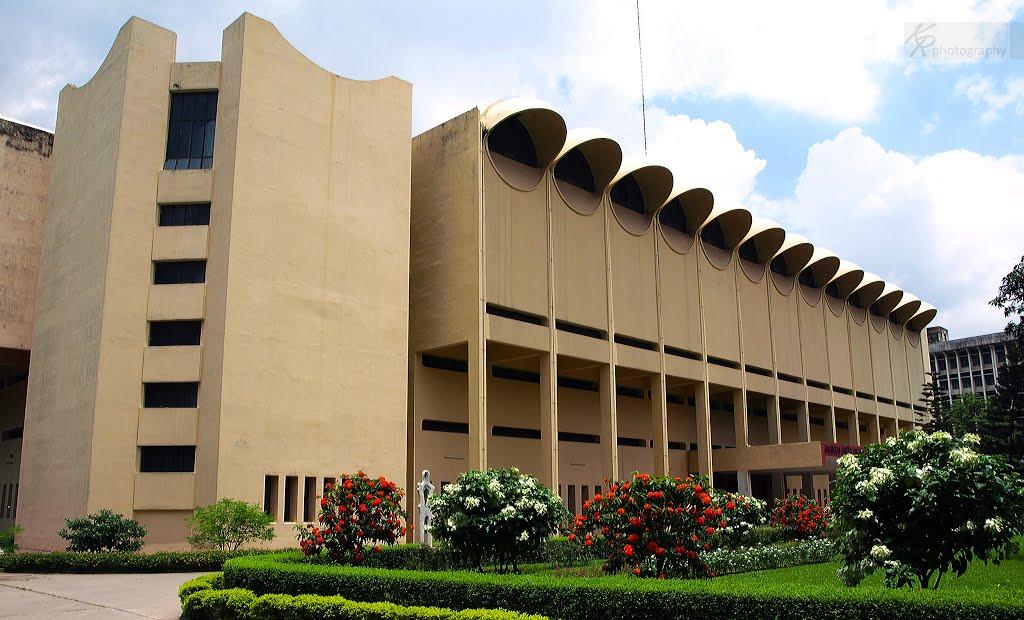 The museum is located near Shahbagh Junction, next to PG Hospital, Ramna Park and Institute of Fine Arts. There are separate exhibitions on anthropology, fine arts, history, nature and modern and world-civilization. There is also an archive here. 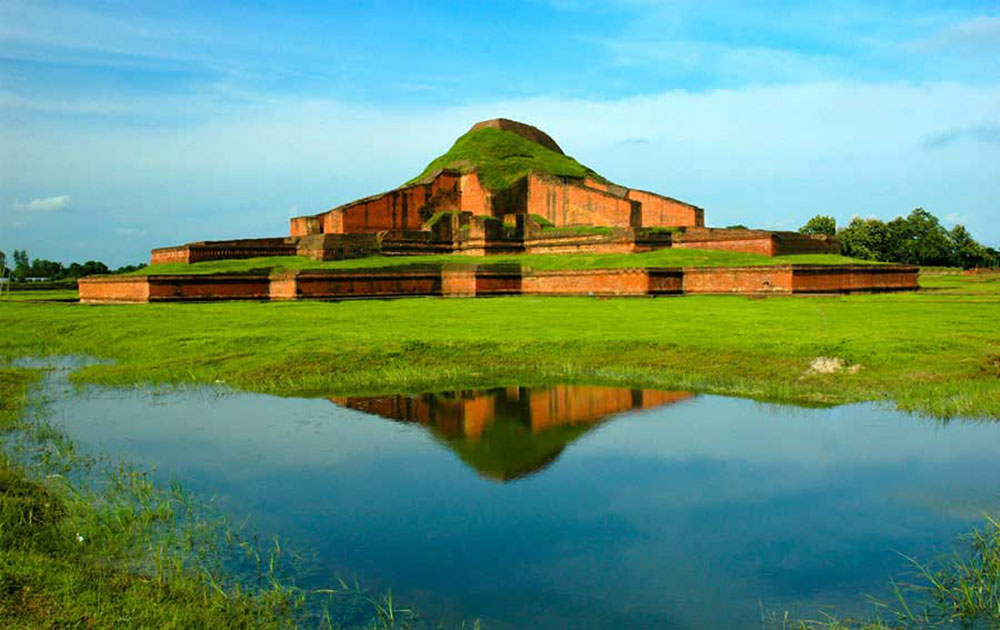 The Shitalaksha river is a source of natural beauty. It flows through Gazipur and Narsingdi districts. 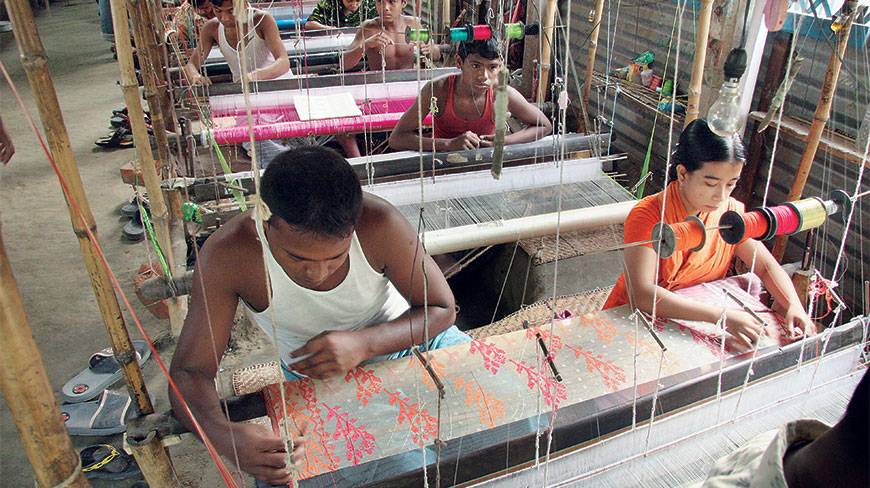 Jamdani Palli in Noapara village of Rupganj upazila of Narayanganj. This Jamdani village is inside Tarab municipality. There are more than one thousand artisans including men and women in a few hundred looms. Jamdani sari has been made in that area for ages. Rupganj has a long history of making jamdani.

The National Memorial is located in Savar Upazila, only 35 km from the capital Dhaka. The main monument consists of seven triangular shaped walls on unequal heights and distinct foundations.

Poultry farms have been set up under different unions in Dhamrai upazila of Dhaka district. These firms have been doing business in populated areas for the last five years.

Motorbike travel will give you an exciting experience. All the important places in Dhaka city you can easily travel by motorbike in one day. Our experienced team will make all kinds of arrangements to make you enjoy the tour. Everything from Ahsan Manzil in old Dhaka to the Jatiya Sangsad Bhaban or the Botanical Garden will be on this motorbike tour. Although according to your time & budget, we will customize this bike tour. So contact us and let us know your purpose. We will arrange the tour according to your mind. 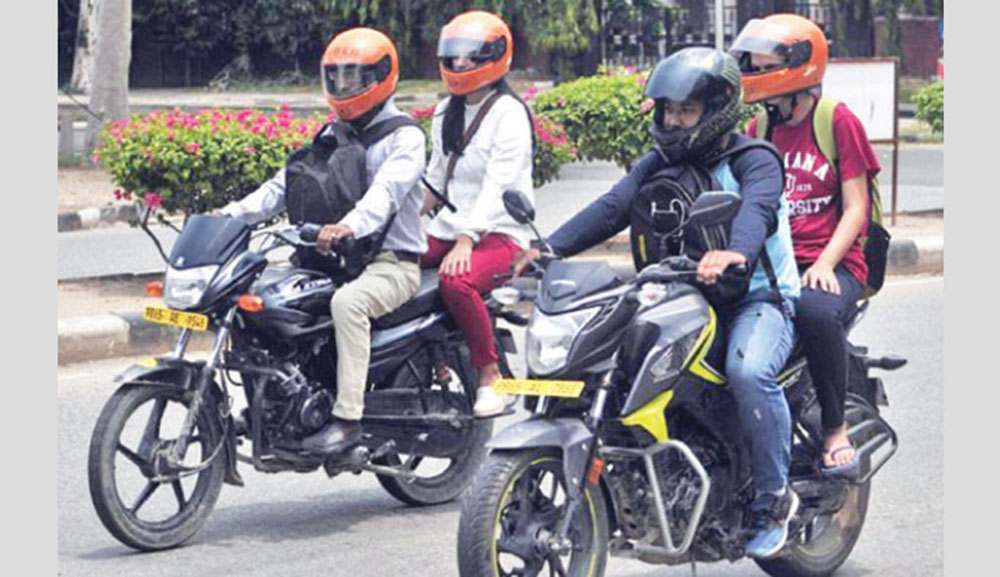 Minimum Budget (Per Person): According to your need.

When you visit this historic ancient city for business or official purposes, you may want to consider some shopping. And that’s how our shopping tour is arranged. We will visit the local shopping collection Aarang or Jamuna Future Park, the largest shopping mall in South Asia, or excellent local low-cost handicraft shops and clothing stores. You can also let us know your requirement if you want. That way we will arrange the shopping tour according to your needs.

Minimum Budget (Per Person): According to your need.

The festival is being held at Mawa in Munshiganj district, Shibchar in Madaripur district and Jajira in Shariatpur district. It is a festival of dream realization. Work is going on day and night on the banks of the river Padma in these three districts. The construction work of Padma bridge is in full swing there. 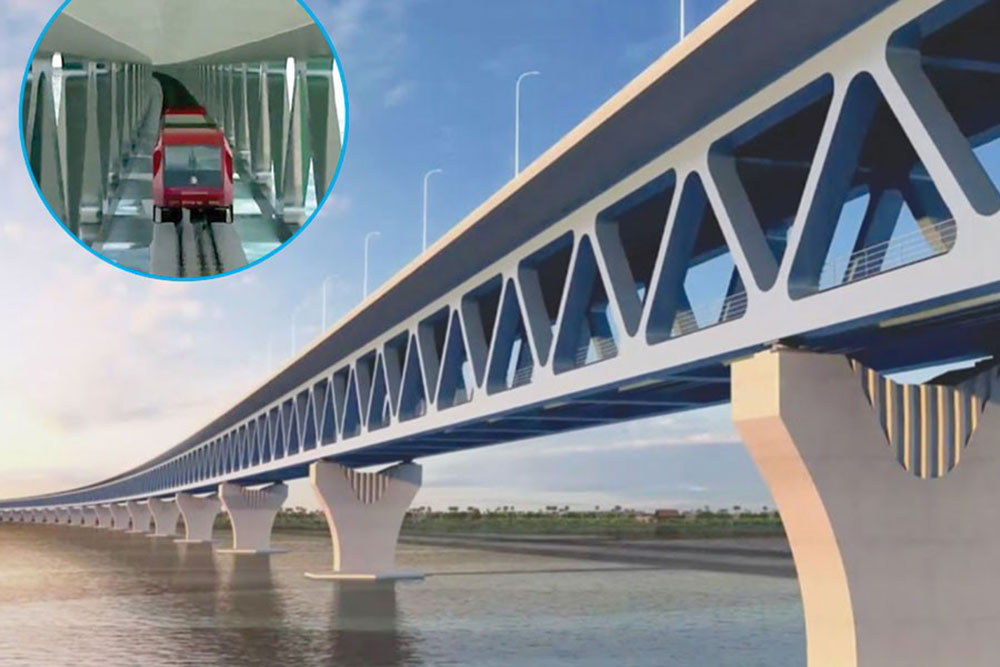 Jagadish Chandra’s ancestral home was at Radhikhal in the then Bikrampur near Dhaka, which now belongs to the Srinagar upazila of Munshiganj. A college and a complex have been built in his name on thirty acres of the scientist’s ancestral home. A mini-museum has been set up at the Jagadish Chandra Bose Complex with various memorabilia of scientists, artificial hills and fountains, murals of animals and birds, and a pond with stairs. 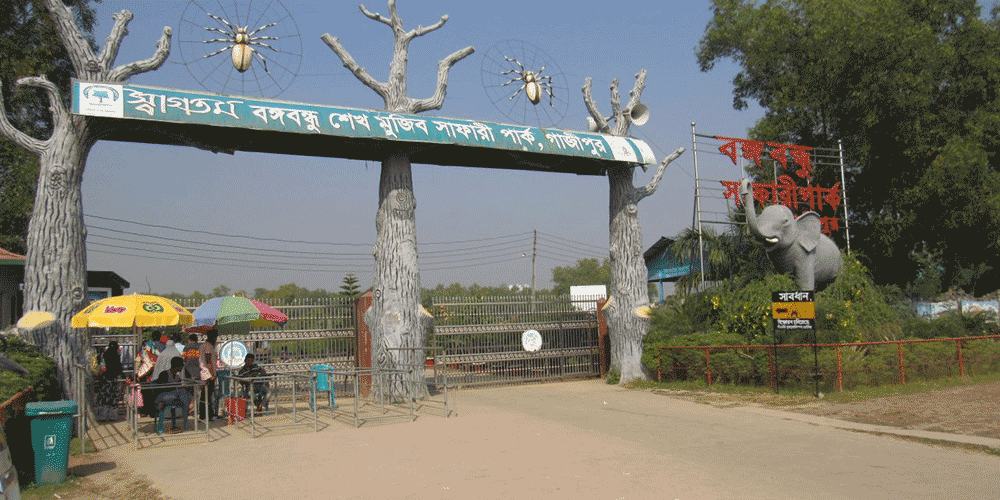 Bangabandhu Sheikh Mujib Safari Park is one of the most talked about resorts and parks in Gazipur. It has been modeled on Safari World in Thailand and Bali Safari Park in Indonesia. The park has been designed in such a way that different local and foreign wildlife can roam freely and at the same time entertain the tourists visiting the park.

Nuhash Polli is located in Piruj Ali village of Gazipur district which is the largest village in Bangladesh. The late Humayun Ahmed established the Nuhash Palli in Gazipur, not far from Dhaka.

If you want to see Baliati zamindar house, you have to go to Baliati village of Saturia upazila, about 8 km away from Manikganj district. With seven traditional installations, Baliati Zamindar Bari stands tall as a witness to its glory. The various buildings of this beautiful manor house have been built at different times by different heirs.

When you look away from Moinot Ghat, you get a glimpse of the sea beach. Boats swaying on the waves of the Padma, touching the horizon, speedboats almost sinking, reclining chairs under the colorful umbrellas lined the shore. Rows of hotels on either side near the wharf. The signboard of the ghat is known as ‘Mini Cox’s Bazar’. 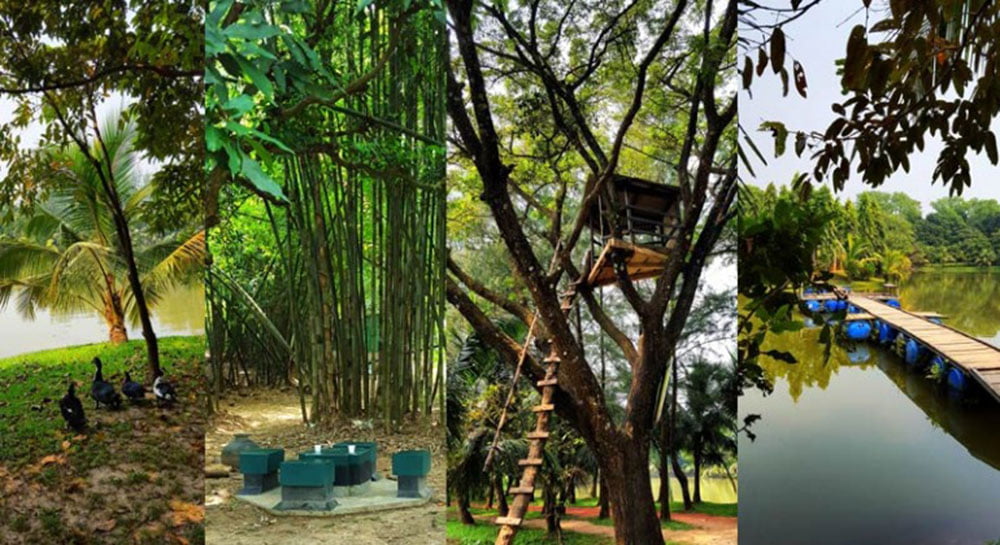 Zinda Park is one of the few recreation centers, parks or resorts to visit in the vicinity of Dhaka.

Surrounded by greenery, the park has more than 10,000 trees of 250 species, as a result of which the area is always buzzing with feathers. The park has 5 reservoirs including big and small.

Want To Make A Group Or Family Tour Near Dhaka For One Day?

In the midst of hundreds of engagements and holiday hassles, many times you don’t want to go anywhere far away. But if you get stuck in the rubbish of bricks and wood, you can make tour near Dhaka if you want to take some refreshment among the nature. Above are some of the locations to look for with Travel Mate.