What Are The Must-See Attractions In Sikkim?

What Are The Must-See Attractions In Sikkim?

Sikkim is a state in the North-East of India. It is also one of the few states in India with a Buddhist majority. The state is bounded by Nepal to its west, China’s Tibet to its north and northeast, Bhutan to its east, and the Indian states of West Bengal to its south and Assam to its southwest. The Indian state of Sikkim was established in 1890 as an independent country that became part of India on 26 April 1947 to 1950.

The must-see attractions in Sikkim are the Khangchendzonga National Park, the Tsomgo Lake, and the Nathula Pass.

It is a land of high peaks and pristine valleys, glaciers and alpine meadows, Buddhist monasteries, and Hindu temples. In Sikkim, you can trek to the base of Mt. Kanchenjunga, the world’s third-highest peak, go whitewater rafting on the Teesta River, or visit the 18th-century Rumtek Monastery.

Here are the must-see attractions in Sikkim: 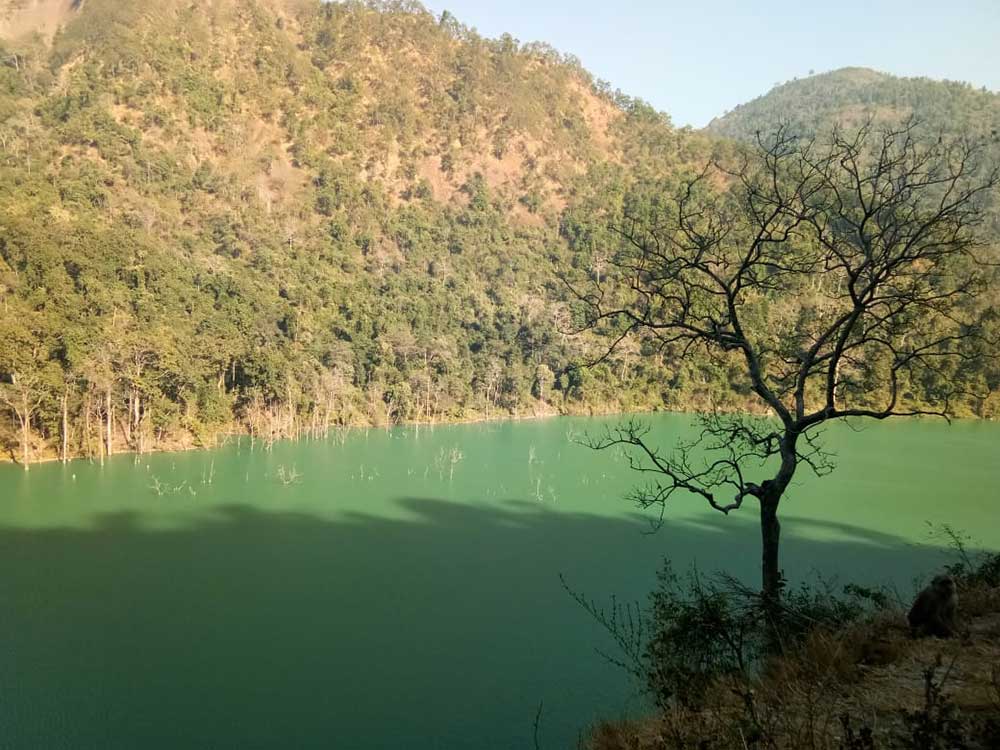 2. Teesta River – The Teesta River is one of the main rivers in Sikkim. It is a great place for whitewater rafting and kayaking.

4. Nathula Pass – Nathula Pass is a mountain pass in the Himalayas, located in Sikkim. It is one of the few open borders between India and China.

6. Yuksom – Yuksom is a town in Sikkim, located at an altitude of 1,780 meters (5,840 ft). It is the starting point for several popular treks, including the Dzongri Trek and the Goechala Trek.

9. Tsomgo Lake – Tsomgo Lake is a high-altitude lake located in Sikkim. It is a popular tourist destination, known for its scenic beauty.

What Are The Things To Do When Visiting Sikkim?

The top 10 things to do in Sikkim are 1. Visit the Namchi Monastery; 2. Take a cable car ride to the top of Tashi View Point; 3. Go trekking in the Kanchenjunga National Park; 4. Visit the Rumtek Monastery; 5. Take a scenic drive along the Jorethang Loop; 6. Visit the Tsomgo Lake; 7. Go white water rafting in the Teesta River; 8. Visit the Do Drul Chorten Stupa; 9. Take a yak ride in Gurudongmar Lake; 10. Explore the Old Silk Route. 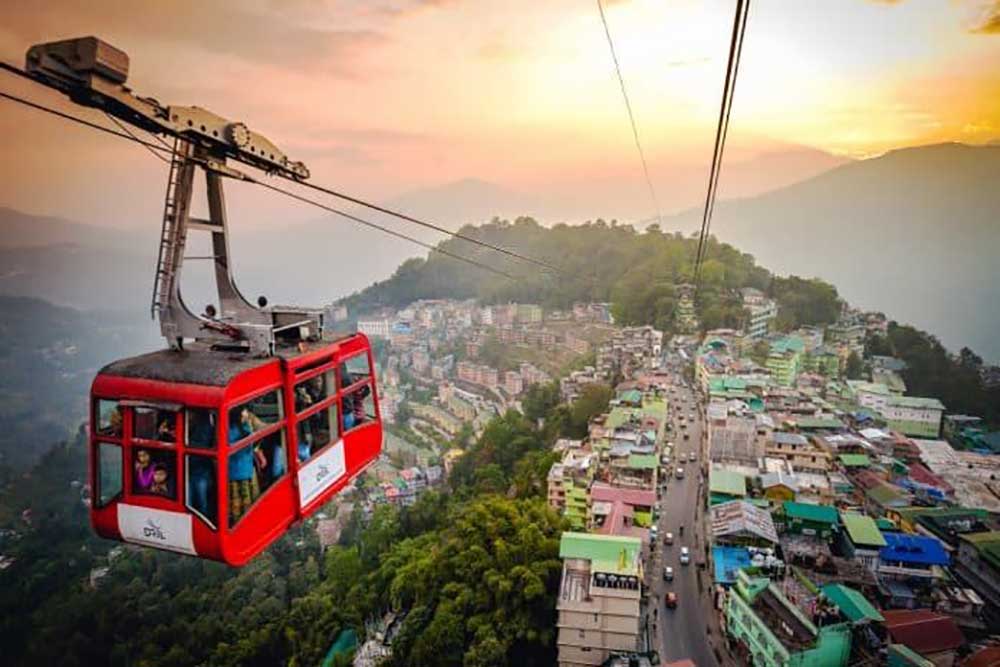 2. Take a dip in the Tso Lhamo Lake: The Tso Lhamo Lake is one of the most beautiful and sacred lakes in Sikkim. It is situated at an altitude of 4,780 m and is surrounded by snow-capped mountains.

3. Trek to the Goechala Pass: The Goechala Pass is one of the most popular trekking routes in Sikkim. It offers stunning views of Kanchenjunga, the third-highest mountain in the world.

4. Visit the Pelling Town: Pelling is a small town in Sikkim that offers stunning views of the Himalayan range. It is also home to some of the best trekking trails in Sikkim.

5. Explore the Tsomgo Lake: The Tsomgo Lake is one of the most popular tourist destinations in Sikkim. It is situated at an altitude of 3,780 m and is surrounded by snow-capped mountains. 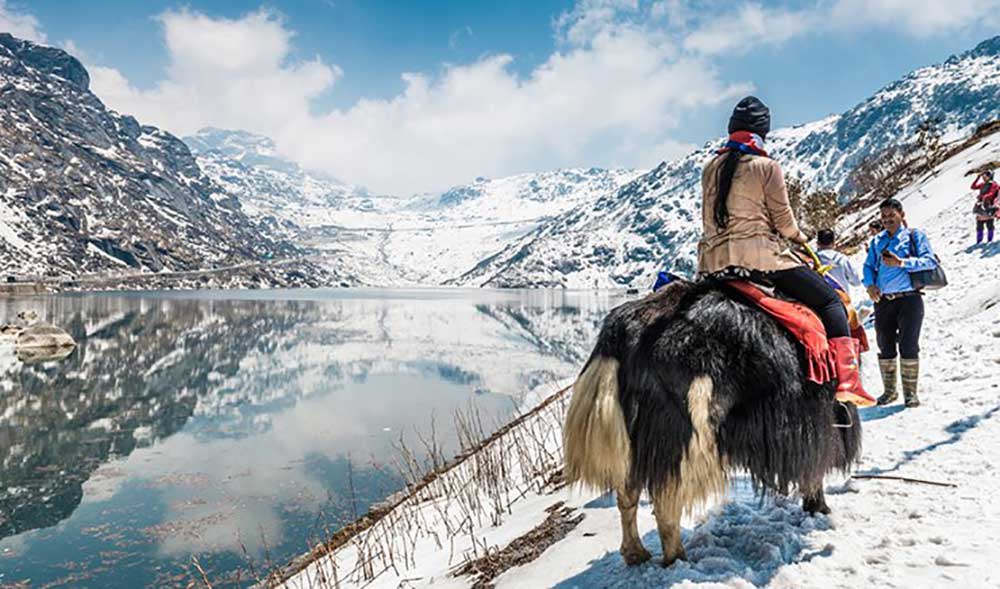 What Are The Best Places To Stay In Sikkim?

What Are The Best Nightlife Spots In Sikkim?

There is no definitive answer to this question as it depends on what kind of nightlife you are looking for. However, some popular nightlife spots in Sikkim include bars, nightclubs, and casinos.

What Are The Top Tourist Spots In Sikkim?

What Are The Best Places To Take Pictures In Sikkim?

The best places to take pictures in Sikkim are in the mountains, near waterfalls, and in the forests.

Want To Travel to Sikkim (Gangtok) from Bangladesh?

Sikkim is a perfect place for a group or family tour. The beauty of this place will give you awesome feelings. At the same time, you can come back within one or two weeks by visiting here. Hopefully, you can go to Sikkim within a tight budget. If you want to travel to Sikkim safely and want to enjoy the place with more joy, Travel Mate can help you with arranging the tour. Contact us for further details. Above all, if you’re still unsure about anything, please leave a comment below and we’ll be happy to answer your questions. Happy Traveling. ♥