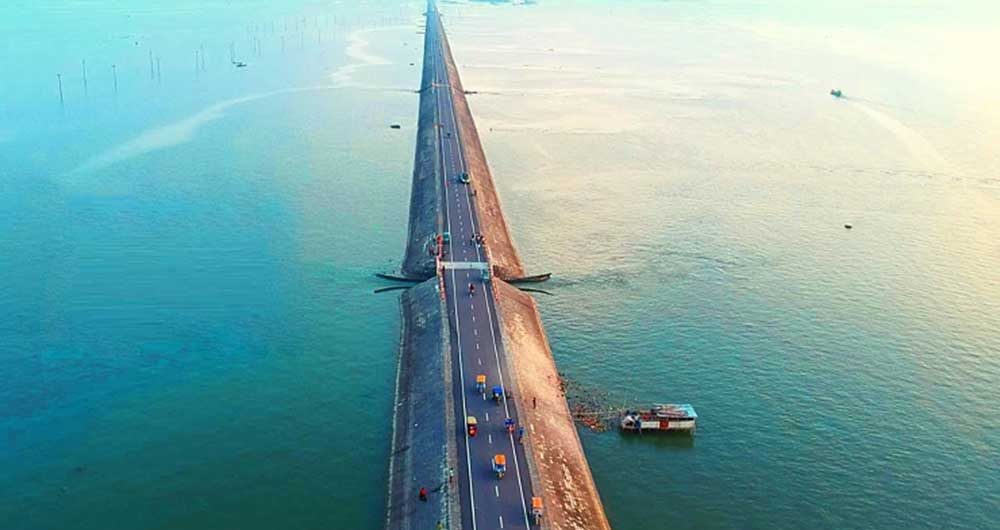 Nikli haor covers the entire area that comprises Nikli, Mithamain, Austagram, and Itna Upazila in the Kishoreganj district. The distinctiveness of the rural setting can be seen in the beauty of the haor. For those who have been raised in urban areas the places of Nikli Haor that are hidden in the midst of the undiscovered are fascinating.

It is a small town is isolated in the heart of a huge lake. As small as an island. A row of palm trees which are planted throughout the haor or the willow forest that rise from the depths of the soaring of dolphins are sure to make your heart feel relaxed right now. That’s Kishoreganj Nikli Haor.

Nikli Haor is a really amazing who wants to go lost for some time in nature. If you’re interested in taking an excursion on the double-water, head towards Nikli Haor. Nikli Haor is located in Nikli Upazila within Kishoreganj district. Its distance between Kishoreganj Sadar to Nikli Upazila is around 25 kilometers. Small towns which appear as floating islands on the sea clear water and fishermen’s obsession with fishing, tiny waters, like Ratargul along with fresh and delicious haor salmon to take in. If you’re looking to experience everything, Nikli’s amazing haor tour will remain in your memory. It is possible to return from Dhaka within a single day to Nikli Haor if you want.

If you are looking to observe the shape of water within the Haor it is best to visit after the season of rain. Thus, the ideal timing to go to Nikli is between July and September. In September, however, the water level is lower. You are also able to visit any area of the haor at any point during the year. 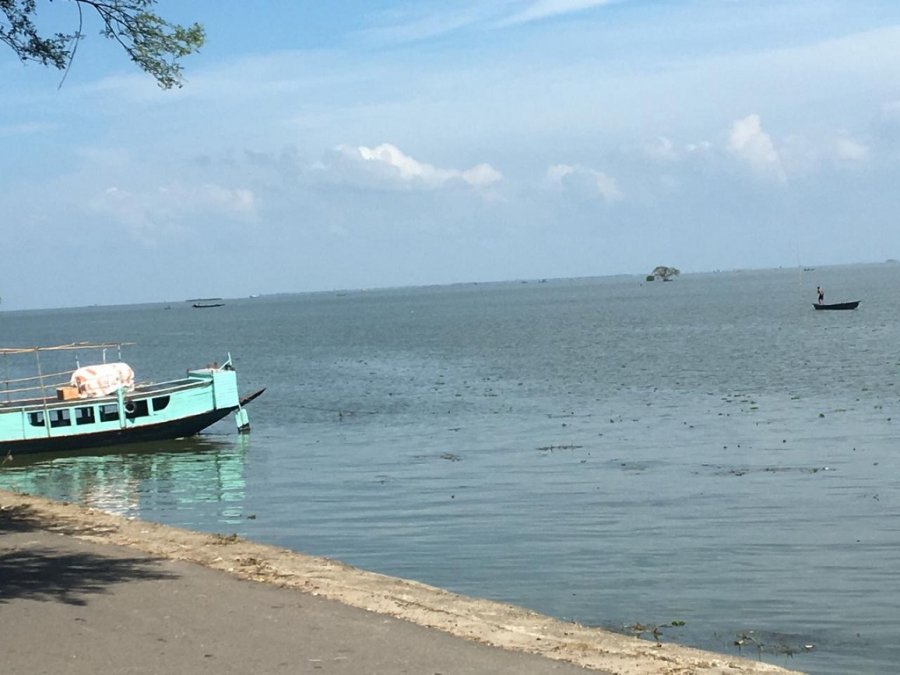 How to go to Nikli haor

It is possible to visit Nikli Haor in a single day from Dhaka as well as the Kishoreganj district. In Dhaka, you can reach Nikli Haor by train or bus.

The best way to reach Kishoreganj is via train from Dhaka. If you wish to travel to Dhaka and visit it all in one day, then you should use an intercity 11 Indus early morning train. The train departs Kamalapur station in the morning at 8.15 in the remaining seven weeks, with the exception of Wednesday mornings at 11 o’clock at which point it arrives Kishoreganj through Airport, Tongi, Narsingdi, and Bhairab stations. Train tickets range is between 150-200 Taka based on the class. If you travel via train, it will be ideal to take a detour at Gachihata station prior to reaching Kishoreganj Sadar.

If you depart by train from Dhaka it is possible to reach Gachihata station before 11 am. From there it is easy to reach Nikli Bazar, 15 km away, via Easybike and CNG. The easy bike will take 35 Taka for a person or if you reserve 250-300 Taka, it’ll take around one hour to get to Nikli. If you opt for CNG Reserve, then the price is between 300 and 320 Taka. It takes about 40 minutes. However, if you plan to return the next day, you need to catch a bus on your route. 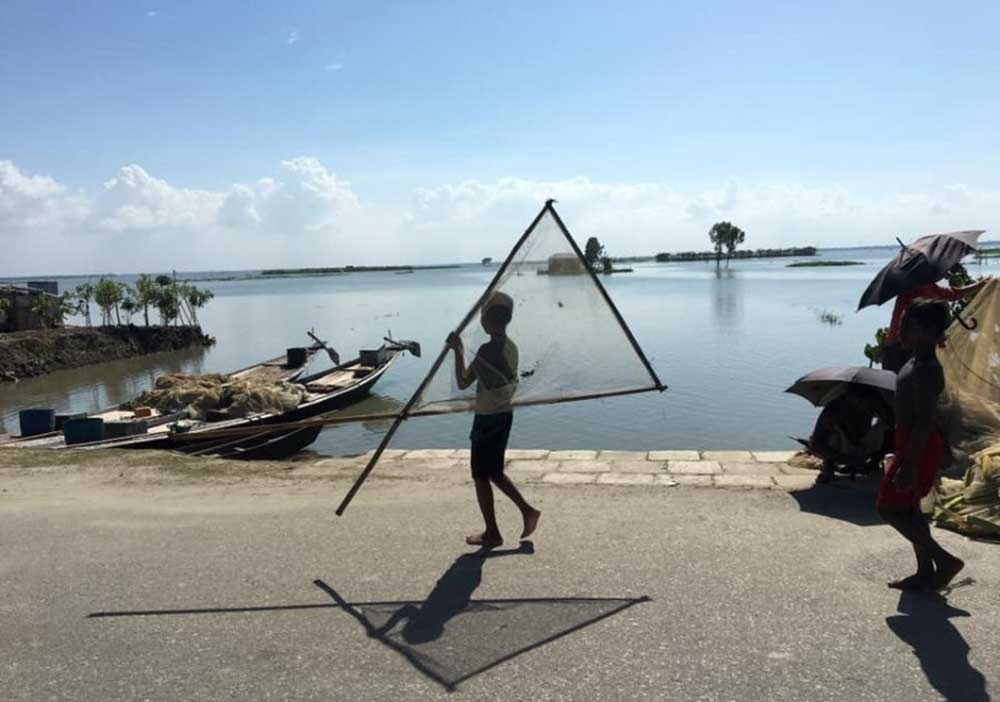 How do I get there via bus from Dhaka If you would like to take a bus to Dhaka it is necessary to go to Golapbagh located in Dhaka or travel from Ananya Super Bus Service. The bus departs every morning at 5:30 from 5 to 15 minutes. The bus fare ranges from 260 to 300 Taka per passenger. If you plan to go around during the day and then return to your hotel at night, get on the bus prior to 8 am in the morning. In reality, it is recommended to leave the bus at the Katiadi bus stop prior to Kishoreganj. It can take between 3 and an hour to get to Katiadi in Dhaka. Thereafter, you need to make a reservation for CNG for between 350 and 400 Taka to travel up to Nikli which is located 22 km away. It will take around 1 hour and 20 minutes to travel there.

Nikli from Kishoreganj to get towards Nikli via Kishoreganj city, go there to CNG station, which is located near Kishoreganj train station. From Kishoreganj Sadar to Nikli is approximately 26 km. It takes around 1 hour to travel out of CNG station either locally or via the reserve. It is priced at 60 Taka per person to get local, and 350-400 Taka for taking CNG reserve.

In addition, one can also take a trip towards Nikli from Bhairab by using either local or reserve CNG. Local rates are 120 Taka for a person, and the reserve cost is 600 Taka. It will take approximately an hour and a quarter to travel from Bhairab by CNG. 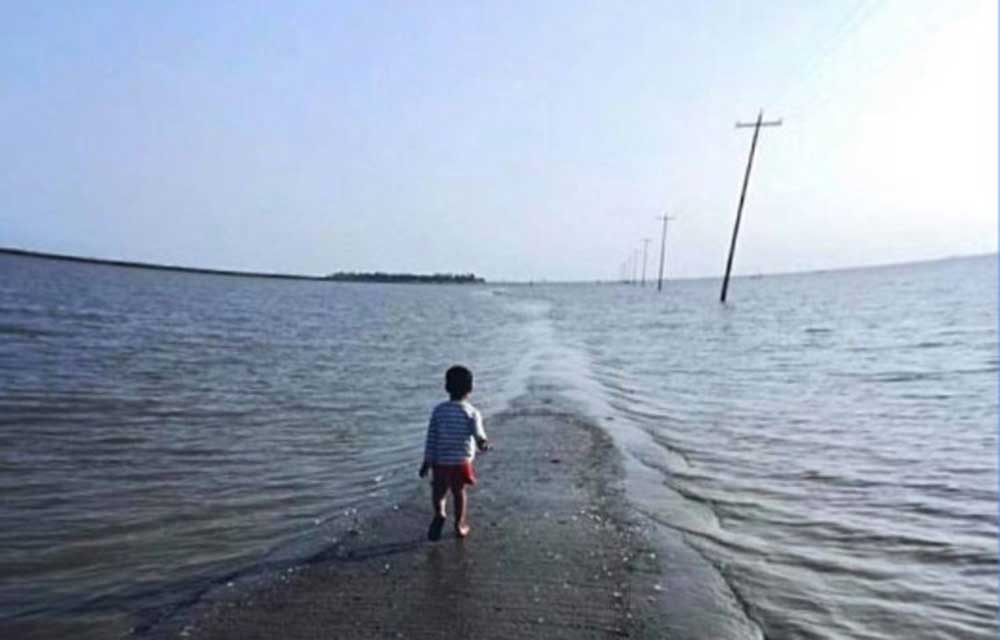 If Nikli isn’t from it is important to appreciate the views of the town that is Bengal along both roads. The closer you are to Nikli the more stunning the view will appear. When you look at the view from both sides, you’ll not know exactly what time Nikli will arrive.

If you exit from the train either at Gachihata or Manikkhali station and leave the bus at Katiadi you will be able to leave in less time.

Where will you eat?

There are a handful of top food establishments right there in the area where Nikli is landing. The hotel bridge and cafe wave is the most notable. Fresh fish can be purchased from Haor at a cost of 100-200 Taka.

After having a meal and doing the work that is required after eating, you can ride the bike until the end of the embankment. Bargaining on the spot will repair the boat each hour to go to the harbour. The cost will be 400-500 Taka an hour to hire a smaller vessel and 600 to 700 Taka an hour for the larger vessel. If you lease for a longer duration, the cost will be lower. It is possible to accommodate as many as 10-30 persons in one boat.

You can rent a boat depending on how much time you’ll need. It is recommended to have at minimum three hours to explore the area via boat. When you’re floating on the haor in a boat, you may first visit Chhatirchar village to explore the beautiful surroundings. You can witness the captivating beauty of the water forest, similar to Ratargul in Sylhet. There is however plenty of water during the season of rain. Therefore, if you’re planning to soak it is advisable to bring an emergency jacket.

After observing how beautiful the water forest taek==ke another boat for a trip to Char Monpura. If the water is very high the boat sinks, however in the case of low water you can stroll through this part-floating char for a short time. If you want to catch the last sunset sun on an open vale, you need to tie it up again and head home.

If you wish to return, you need to travel by bus. To do this, Nikli came to the area of the upazila’s corner and then went to Katiadi via CNG. The final bus from Katiadi bus station to Dhaka departs at 6 pm. Make sure you keep in mind the exact time. 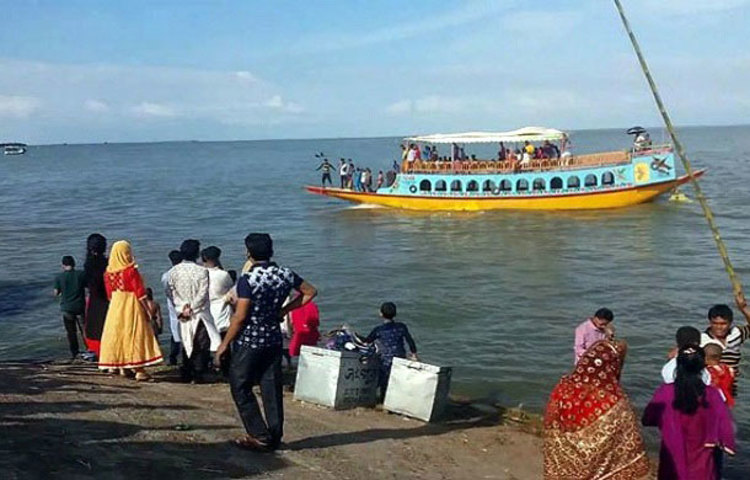 There isn’t an excellent hotel that is a good choice for residents in Nikli. The chairman who was recently appointed is able to live in a guesthouse or an Upazila-style post bungalow. If you’d like to visit, you could go to Kishoreganj District headquarters, and spend the night there. If you’re interested to spend the night on a boat or on a camping trip. Security must be taken into consideration. It is important to be cautious when you are in the middle of the night in the haor.

A few more places of Nikli

Gurai Shahi Jame Mosque – You can easily travel to the mosque on a motorbike or rickshaw.

Nikli Beri Dam. Its embankment began at the front of the Nikli Upazila Office so its beauty can be observed from a distance.

Pahar Khan Mazar Nikli Upazila can be reached via motorbike and trawler.

Gurai Oldest Akhra – This akhra is found inside Gurai Union, Nikli Upazila, Kishoreganj District. In dry seasons, you can travel on motorbikes, rickshaws, or CNG, but during the season of rain, one needs to take a boat or trawler.

If you catch a morning train or bus from Dhaka You can visit Nikli Haor in a single day, and then return to Dhaka at the end of the night. In this case, you will need to plan your timing. It is important to catch your bus at the earliest you can early in the morning. If you arrive, you must travel on a bus throughout the day. If you do, travel to Katiadi via CNG to Nikli and then take the bus there and then to Dhaka. The last bus that goes from Katiadi to Dhaka will depart at 6 pm.

The other areas from Kishoreganj

Other than Nikli of Kishoreganj, Ashtagram Upazila, Mithamin Upazila, and Itna Upazila is almost entirely haor areas, টhey are also gorgeous. Check out the details here:

Travel to Nikli Haor With TravelMate

Nikli Haor is a perfect place for a group or family tour. The beauty of this place will give you awesome feelings. At the same time, you can come back within one or two days by visiting here. Hopefully, you can go to Nikli Haor within a tight budget. If you want to travel to Nikli Haor with safety and want to enjoy the place with more joy, Travel Mate can help you with arranging the tour. Contact us for further details. Above all, you may add any missing information from the comment section. Happy Traveling. ♥