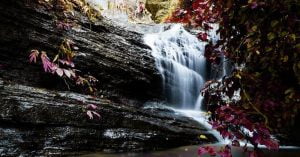 There are two cool water fountains in the middle of climbing Keokradong, once the highest peak in Bangladesh. One is called Chingri Jhorna Jhiri (Shrimp Jhiri Fountain). An hour’s walk up the hill from Boga lake to Keokradong shows Chingri Jhorna. A small part of the fountain can be seen from below. If you want 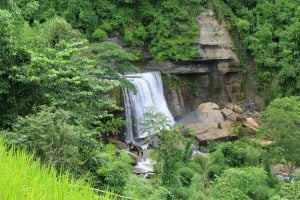 Tinap Saitar is a waterfall located at Roangchhari (Paindu union of Ruma upazila) in Bandarban district of Bangladesh. Tinap Saitar is a Bam word. In Bam language, Tinap means runny nose and Saita means spring or waterfall. It is located in Paindu canal. For this reason, to many it is also known as Paindu Saitar. 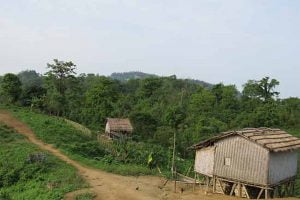 Sippi Arsuang is a hill. Its height is 2939 feet. It is located at Roangchhari in the Bandarban district of Chittagong Hill Tracts. The names of the hill are different in different indigenous languages. The Bum race called it Sippi, Tanchanga – Rametang, Marma – Ramatang, Pangkhoa – Arsuang which means rooster crest. Also called 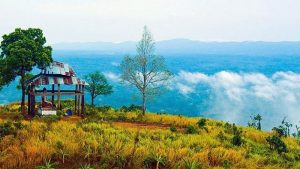 Marayong Dong (Marayon Thong) is a hill in the Mirinja Range of Alikadam Police Station in Bandarban District. This hill is also known as; Marayan Tong, Maraing Tong, Merai Thong Jadi, Maraing Dong etc. There is a Buddhist shrine on the top of this hill which is about 1650 feet high. The huge Buddha statues 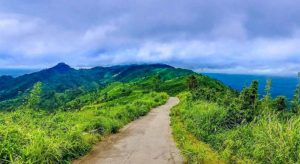 Dim Pahar is a hill located in Bandarban district of Bangladesh. The hill is located right in the middle of Alikadam and Thanchi upazilas. The boundaries of the two police stations have been determined by this hill. The highest road in Bangladesh has been built through this hill at an altitude of two and a 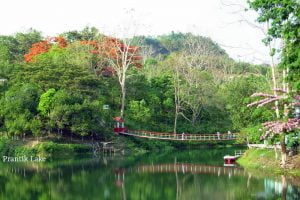 There is an impeccably beautiful lake called Prantik Lake in Bandarban. The total area of the lake is only 25 to 30 acres out of 68 acres. The lake is larger in size than Boga Lake. The area of Boga Lake is 15 acres. Surrounded by mountains and forests, this beautiful lake is full of 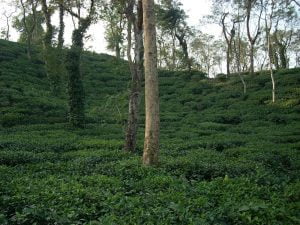 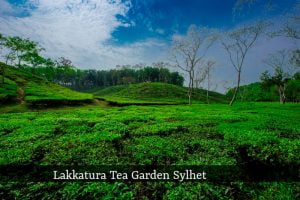